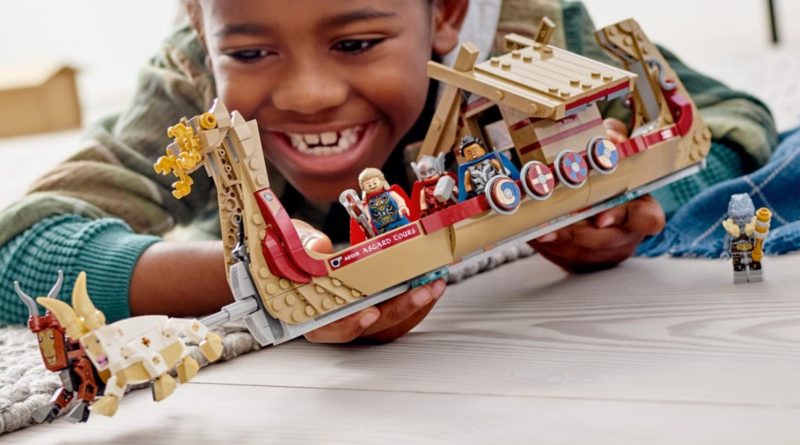 A minifigure in Marvel’s 76208 The Goat Boat includes an element not usually included on LEGO minifigures, marking a rare occurrence.

There have been thousands of LEGO minifigures in the vast history of the LEGO Group, though almost all of them have one thing in common, a distinct lack of noses.

This is a purposeful decision by the LEGO Group and is done to display expressions easier, and it has arguably become an iconic part of the LEGO minifigure’s design. However, it turns out this can’t stop one of the newest Marvel minifigures.

The new helmet element for Mighty Thor in 76208 The Goat Boat features room for a nose, even though minifigures don’t usually feature them. While none of the official images showcases the full head print underneath the helmet, it seems unlikely that Jane Foster is the only character to have a nose in 76208 The Goat Boat.

Evidently, the reveal and upcoming release of this LEGO minifigure prove that the suggestion of a nose wasn’t a deal-breaker for the LEGO Group, likely due to this being a licensed character and having specific design constraints set out by Marvel.

The decision to reference a nose in Mighty Thor’s minifigure helps with the overall accuracy of its design compared to the comic counterpart and what is likely to be featured in the Marvel Cinematic Universe superhero.