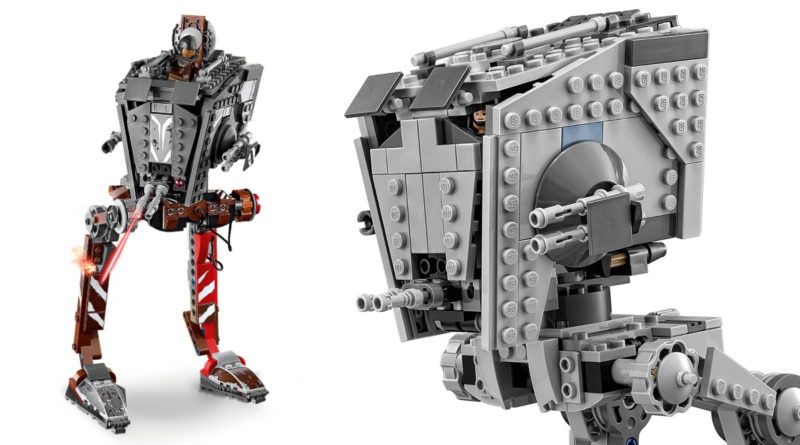 More details have surfaced on the rumoured LEGO Star Wars 75322 Hoth AT-ST, contradicting initial reports that it will be an 18+ set.

Promobricks now claims that the alleged addition to the January 2022 line-up will actually be marked 9+, which seems way more likely for a vehicle typically intended for play above all else. However, the main thrust of the set remains the same: a new version of the two-legged walker as seen in The Empire Strikes Back.

That would make it the first such AT-ST in the entire LEGO catalogue, with previous models drawing on either Return of the Jedi, The Mandalorian or Rogue One. And according to Promobricks, that decision will be reflected in the design of the 586-piece walker, with longer chin-mounted blaster cannons and closed viewports.

The head will also reportedly be smaller than the ones we’ve seen in recent AT-STs, allowing the legs to appear comparatively longer – despite bearing a similar design to 2016’s 75153 AT-ST Walker – while the feet have been redesigned from 2019’s 75254 AT-ST Raider.

While the lack of an 18+ badge essentially puts an end to any hope of a snow-covered display base, similar to the one featured in 75306 Imperial Probe Droid, there will be more overt ties to Hoth in the set’s minifigure selection. Promobricks reports that 75322 Hoth AT-ST will include an AT-ST pilot, Chewbacca and a Hoth rebel soldier, as well as a small, brick-built probe droid.

For now, these are simply more rumours to add to the pile – we’ll just have to wait and see what the LEGO Star Wars team actually has in store for 2022…