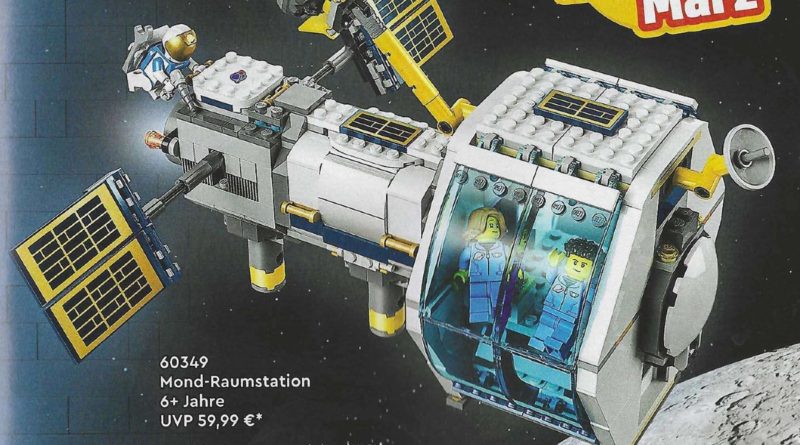 Two more LEGO CITY 2022 space sets have been revealed in a German catalogue, including one that was teased in another announced model.

LEGO CITY has already been confirmed to be taking to the stars in 2022 with a new subtheme based on space and lunar exploration. Thanks to a consumer catalogue obtained from a reader by StoneWars, we can now get a closer look at two other builds that will be released for the range and when they will be on shelves.

Please note that these names have been translated from German and may not be accurate reflections of the final model titles. LEGO CITY 60348 Moon Rover was already teased in 60350 Lunar Research Base with the vehicle able to attach to the base before exploring the surface of the moon. Included is a multi-wheeled lunar rover with robotic arms to hold tools, three astronaut minifigures and a boulder to break apart on a small moon display.

60348 Moon Rover is listed with a price of €29.99 for ages six and up. Next is 60349 Lunar Space Station, the second official minifigure-scale model of a space station from CITY in recent years following 60227 Lunar Space Station.

This time, the model features a single corridor with a hatch to enter, as well as a robotic claw, satellite equipment and solar panels on the exterior. The corridor leads to a single, larger chamber with a big window revealing a glimpse at the interior and two minifigures floating around. Also featured are a small rocket and two other astronaut minifigures. LEGO CITY 60349 Lunar Space Station is listed as costing €59.99.

According to the catalogue, both LEGO CITY sets will be arriving in Germany in March 2022, though their availability worldwide has yet to be officially confirmed. 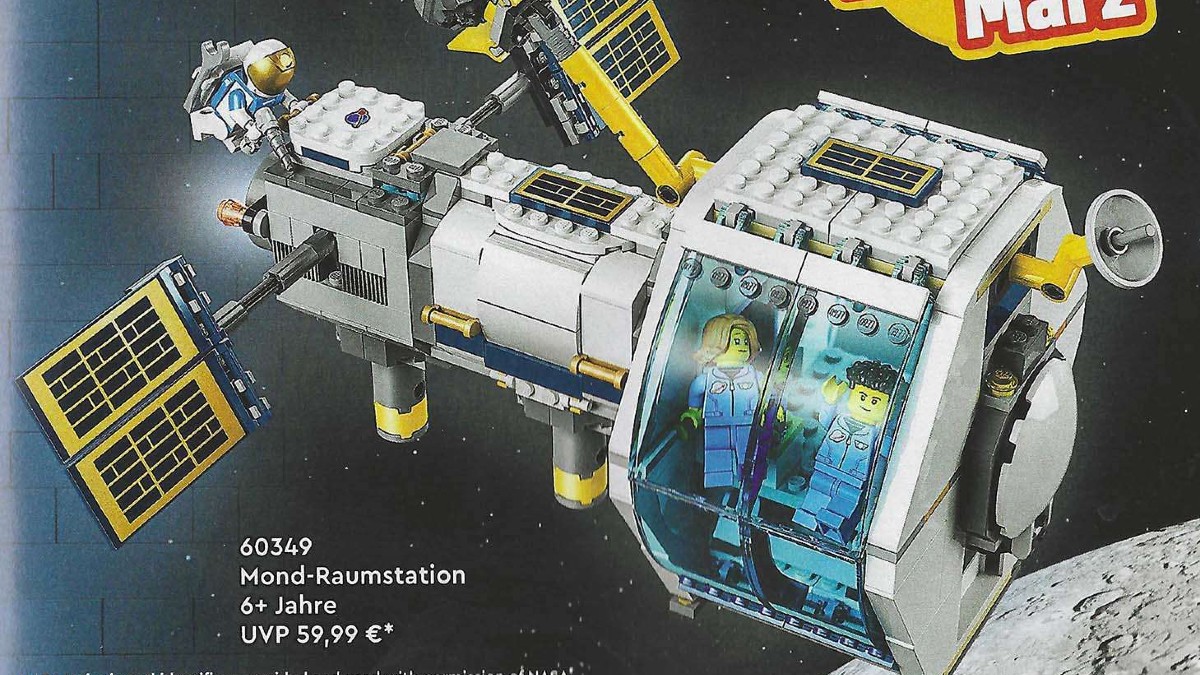