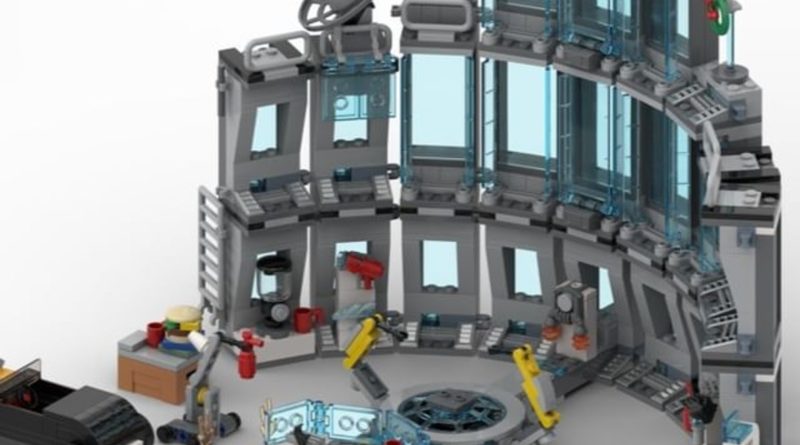 With the reveal of a new hall of armour LEGO Marvel model, someone’s already found a way to combine the new and old sets, despite the sizes.

76216 Iron Man Armoury is the latest version of Tony Stark’s workshop inspired by the events of Iron Man 2, even though it includes an Infinity War suit. However, changes to the design of the modules mean it isn’t entirely compatible with the system introduced in 76125 Iron Man Hall of Armor and expanded in 76167 Iron Man Armoury and 76196 The Avengers Advent Calendar.

However, Instagram user jinzol_lego has found a way to mix the new and old models. After recreating the upcoming set digitally, they found that the new modules are taller than what was used previously. Despite this, they can be stacked on top of the older builds, making for an interesting display.

Those aiming to build out an expansive hall of armour can use this design as a guide to mixing 76216 Iron Man Armoury with the three previous sets, adding the new armour to your collection without worrying about the designs clashing too much.

76216 Iron Man Armoury launches on June 1 with new minifigures including the MK3, MK25 and MK85 Iron Man suits, War Machine and Whiplash and it even has a reference to an ancient LEGO Games promotion.