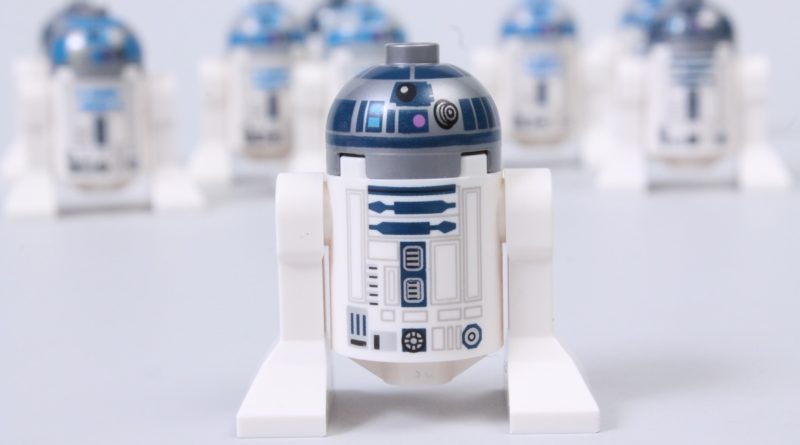 Instagram user lego_fulcrum – who’s proven to be a reliable source of LEGO rumours in the past – has republished a post from no_one_of_importance173, who claims that the Death Star Trash Compactor will include brand new versions of C-3PO and R2-D2. Both of those minifigures have remained broadly the same for the past two decades, using the same elements with updated printing.

That’s said to still be the case for the third (and presumably last) set in a wave of new 18+ dioramas, following the already-revealed 75329 Death Star Trench Run and 75330 Dagobah Jedi Training. Its Threepio and Artoo minifigures apparently won’t feature new moulds (such as a spinning head for the astromech), but will receive updated prints.

The source claims that C-3PO will have arm printing – something we’ve only previously seen on the character’s red-armed variant from The Force Awakens – while R2-D2 will finally get back printing, some 23 years after the LEGO Group first introduced the droid’s cylindrical body piece.

Those are relatively minor changes in the wider context of minifigure design, especially in 2022, but where these two particular characters are concerned, they’re actually fairly monumental updates. Whether they will materialise as expected in the Death Star Trash Compactor set – likely numbered 75339, based on the rest of the rumoured LEGO Star Wars line-up for 2022 – remains to be seen.

We’ll find out for sure tomorrow, when Walmart officially pulls back the curtain on the display model. In the meantime, check out the first images of 75329 Death Star Trench Run and 75330 Dagobah Jedi Training, and start budgeting for May: it’s going to be an expensive month for LEGO Star Wars fans…