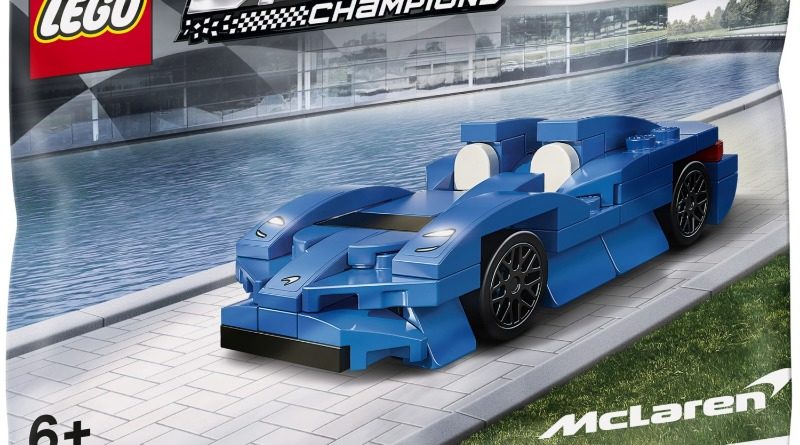 LEGO Speed Champions will be back in the first half of 2021 after all, with polybag model 30343 McLaren Elva.

Speed Champions’ absence in the first retail catalogues for 2021 gave cause for concern, but as Brick Fanatics has reported, it will apparently return proper in the second half of 2021. For now, fans of the racing theme will have to make do with a single polybag, 30343 McLaren Elva.

It’s the second McLaren set due to launch in 2021, following on from LEGO Technic 42123 McLaren Senna GTR. It may also provide a hint to the full-sized Speed Champions cars coming later in the year, but that’s just speculation on our part.

LEGO CITY, meanwhile, is serving up a polybag bonanza in 2021, with three different mini-models to collect. 30566 Fire Helicopter indulges the LEGO Group’s love of choppers, while 30567 Jet Ski takes the action to the water. But it’s 30569 – a polybag currently without a name – that looks most interesting, as some kind of mobile LEGO set dispenser. The accompanying LEGO employee minifigure will no doubt be a big draw for many.

Promobricks has also found images of LEGO Classic, Creator, DUPLO, Disney, DOTS, Friends, Minecraft, Star Wars, NINJAGO and Technic polybags, all of which will launch in 2021.