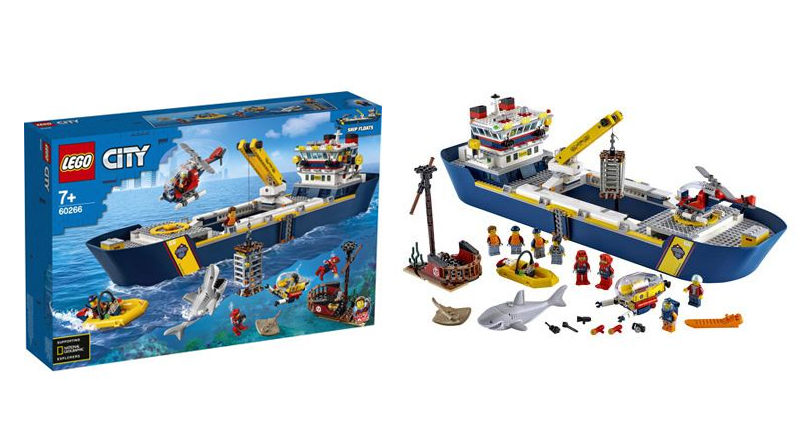 Fans can get a first look at the new LEGO City Ocean themed sets that will be released this summer.

A new wave of LEGO City sets, first announced at International Toy Fair, have been revealed in official images. jbnet has shared a first look at sets in the LEGO City theme that will have an underwater focus, following the reveal of the new 30670 Diver polybag.

60264 Ocean Exploration Submarine is the range’s standard sized sub. It includes some smaller sea creatures, including an all-new angler fish and some nicely coloured elements.

60265 Ocean Exploration Base offers an underwater location for the divers to work from. The hammerhead shark is included along with the new printed ray element.

60266 Ocean Exploration Ship offers a new take on ths LEGO ship, with a space in the middle for divers to be lowered through. The new ray is included along with an oversized shark featuring a big chomping mouth.

The new sets, expected to launch on June 1, feature the Natural Geographic Explorers logo, suggesting that they have been developed collaboratively.