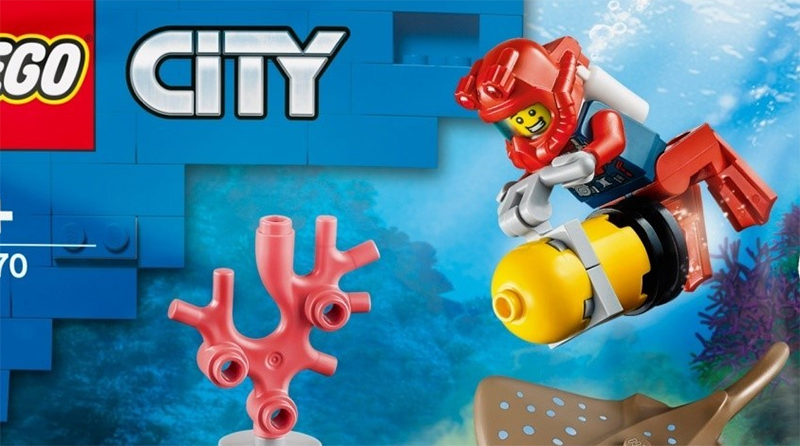 30370 Diver, a new LEGO City polybag with a nice printed ray element, has been discovered.

A new polybag has been revealed – LEGO City 30370 Diver. The little set has been shared by Brickset. The image reveals a little set that contains a diver minifigure, a one-person sub, a rocky seabed section and a ray.

Given the National Geographic Explorers logo on the polybag, it may be available with the Nat Geo Kids magazine, as that has been an outlet for such sets in the past.

The ray will be particularly appealing as it is a new shape with some nice printing, a significant update from the traditional unprinted version. A moulded helemt piece is featured on the minifigure as are the long-running flipper pieces. The diver and reasonable element selection make this a fairly large polybag.

A new LEGO Harry Potter polybag that includes a flying Hedwig element has also been revealed.