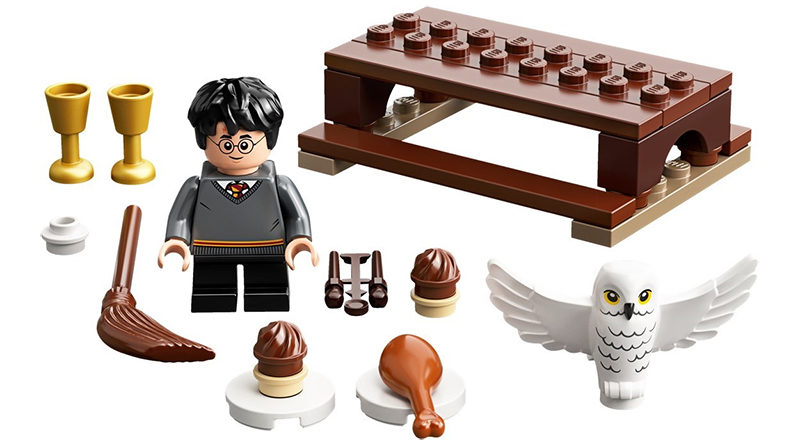 With new LEGO Harry Potter sets expected in the summer, a new polybag is on the way too. Brickset has shared an image of 30420 Harry Potter and Hedwig, a little set that features the titular character and his beloved owl.

The set builds a table from the Great Hall and includes a few food accessories and elements. Most interestingly for collectors, it features the new version of Hedwig featuring the owl’s wings spread.

Given that it includes the same characters, this new polybag seems to serve the same purpose as LEGO Harry Potter 30407 Harry’s Journey to Hogwarts, in offering an appealing taste of the theme. When it will be available is not yet known.

Seven sets were released in the theme last year: