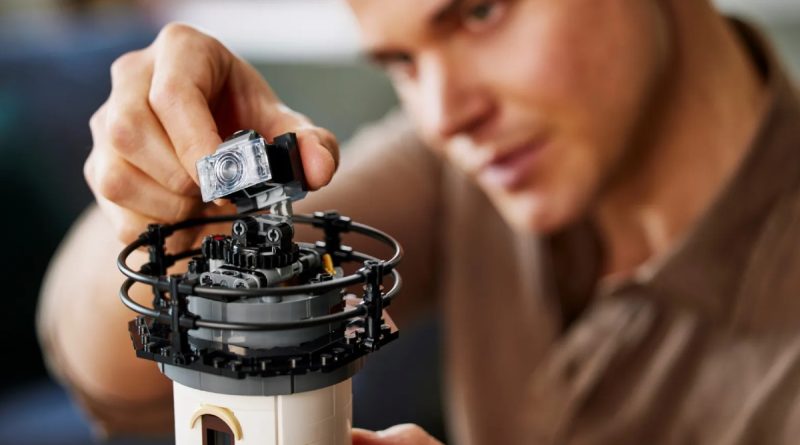 The LEGO Marvel theme has gone from strength to strengh over the last ten years, with a variety of new LEGO sets appearing alongside new Marvel movies. The theme has also delved back into the film franchise’s history, with a series of sets inspired by older Marvel film releases.

The latest example of that trend appears to be a new Hulkbuster set inspired by Avengers: Age of Ultron. Reportedly unearthed in Indonesia, the product shots show a considerably ambitious model – one that dwarfs 76105 The Hulkbuster: Ultron Edition, a similar product from 2018.

If the product shots are accurate we have plenty to look forward to – including a brand new Tony Stark with an old design concept. However, we also appear to be getting a Fresnel lens in the set, which can be seen over the Hulkbuster’s chest reactor.

The Fresnel lens is a highly specialised element, introduced earlier this year for the LEGO Ideas set 21335 Motorised Lighthouse. Positioned in front of the lighthouse’s rotating light, the LEGO one mimics the functionality of real-life Fresnel lenses: namely, concentrating light more efficiently than a conventional lens design.

Including the lens in this set should serve to make the Hulkbuster’s arc reactor assembly a little brighter than normal. This in turn should help the set justify its (inevitably high) price tag.

Nowadays, it’s unusual for the LEGO Group to make a LEGO element for a single set. As such, we’ve been expecting the lens to gravitate to other LEGO products – and now we may have gotten our first peek at one in the wild.

However, its presence in this new Hulkbuster set might suggest the lens is restricted for use in more expensive products. Only time will tell whether this is the case, though – and with luck, the element will gravitate to cheaper sets in the future.

If this has whetted your appetite for the new Hulkbuster set, no price, release date or official announcement has been released for it yet by the LEGO Group. However, 21335 Motorised Lighthouse is currently available at LEGO.com for £259.99 / $299.99 / €299.99.