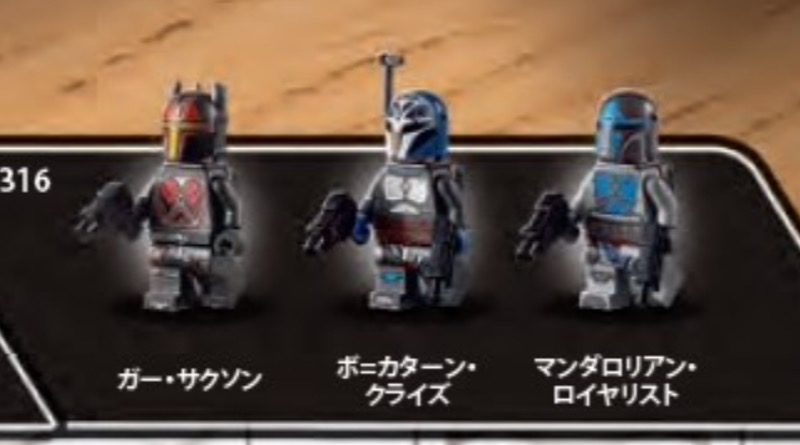 This summer’s LEGO Star Wars sets will bring us brand new takes on three Mandalorians, including the first-ever minifigure of Gar Saxon and an updated Boba Fett.

The LEGO Group’s summer 2021 Star Wars wave ­– revealed earlier today through the Japanese summer LEGO catalogue – digs deep into Mando culture between sets 75312 and 75316, which are based on The Mandalorian and The Clone Wars respectively.

Just like January’s 75300 Imperial TIE Fighter and 75301 Luke Skywalker’s X-wing Fighter, 75312 takes an iconic ship – in this case, Slave I – and scales it down to a more manageable price point. The real rub for most fans, though, will be in its minifigure selection.

While rumours originally indicated this version of Slave I would be based on The Empire Strikes Back, we now know it’s actually inspired by the second season of The Mandalorian – and that means it’s finally time for a brand new Boba Fett minifigure, wearing the outfit rocked by Temuera Morrison in the Disney+ TV show.

75316, meanwhile, delivers a fresh take on a ship last seen in 2012’s 9525 Pre Vizsla’s Mandalorian Fighter. This version seems to belong to Bo-Katan Kryze, however, who makes her debut in minifigure form. She’s joined by a generic Mando (with leg printing!) and another first in Gar Saxon, who boasts a unique helmet mould.

Bo-Katan and Gar Saxon, if you’re unfamiliar, both appeared across several seasons of The Clone Wars – including the seventh and final season, which debuted on Disney+ last year – and multiple episodes of Star Wars Rebels. The former Mando also crossed over into live action in The Mandalorian, where she was played by Battlestar Galactica alumni Katee Sackhoff.

There’s clearly a lot of cross-series potential and synergy in bringing these characters to the LEGO line-up in 2021, so it’s perhaps no surprise to see them sitting next to a wave of sets otherwise heavily inspired by Season 2 of The Mandalorian. You can check out the full range of summer Star Wars sets – bar the rumoured Mandalorian Forge – by clicking here.