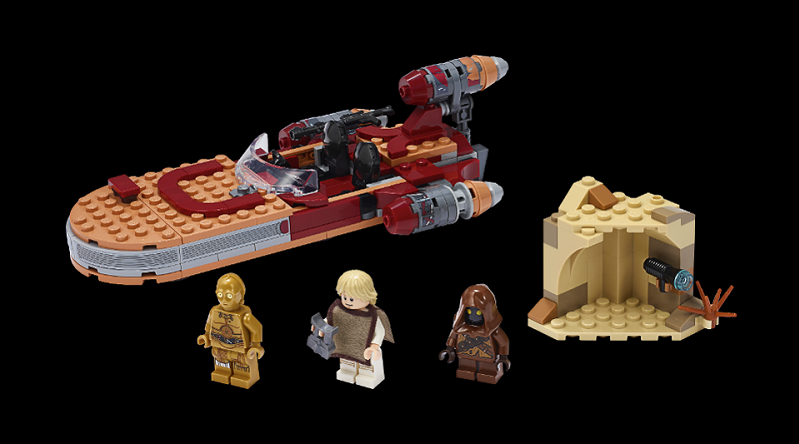 LEGO Star Wars is returning to Tatooine in 2020 with a new Landspeeder set for Luke Skywalker to pilot across the Dune Sea.

A new LEGO Star Wars set has been revealed, but not from The Rise of Skywalker – the ever secretive Lucasfilm are keeping the sets that will launch on October 4 under wraps. This one, based on A New Hope, is coming later – a Landspeeder set includes Luke Skywalker, C-3PO and a Jawa, Forbes reveals.

For the first time, Luke Skywalker comes with a poncho to fit over the minifigure’s neck, representing his only costume change on Tatooine from the film. The set also includes a smalls section of Tatooine cave. 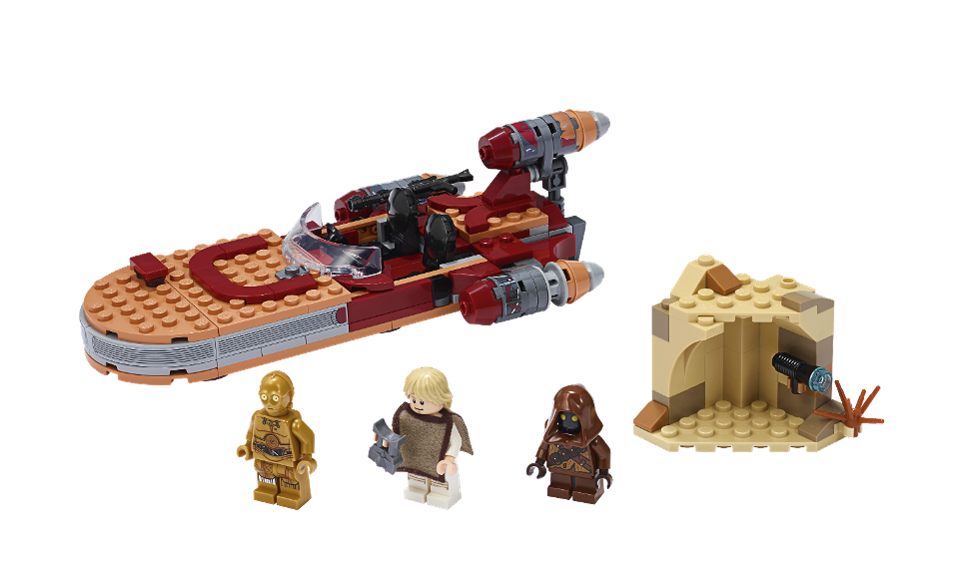 It is designed to complement the new Obi-Wan’s Hut set that will be released alongside it in January 2020. Both sets together include the relevant characters to play out the meeting of Luke and Obi-Wan.

The sets will be on display at San Diego Comic Con later this month and will retail for $29.99 when they are released in January 2020.

While waiting for the new releases, collectors can enjoy a range of new LEGO Star Wars 20th anniversary sets, that feature classic minifigures and special packaging.