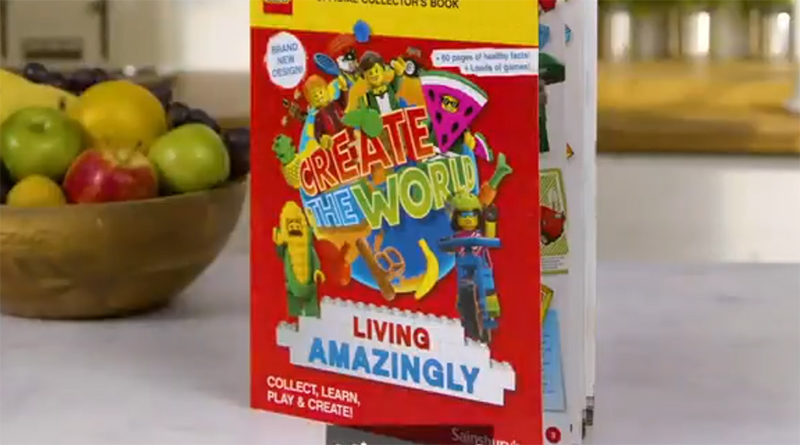 Ahead of the LEGO trading cards promotion returning to Sainsbury’s, the new Create the World: Living Amazingly Official Collector’s Book has been revealed.

In a clip on social media, the name for the new series – Create the World: Living Amazingly – and Official Collector’s Book have been revealed. The album, designed to store the cards, will be priced at £2.50.

There will be 140 cards to collect in total. This time around the theme will be foods from around the world, with minifigure characters Lily and Sam going on a journey to find out where different ingredients come from.

Previous LEGO trading card promotions have been successful for Sainsbury’s with 400 million cards given out and one million albums sold in 2018.