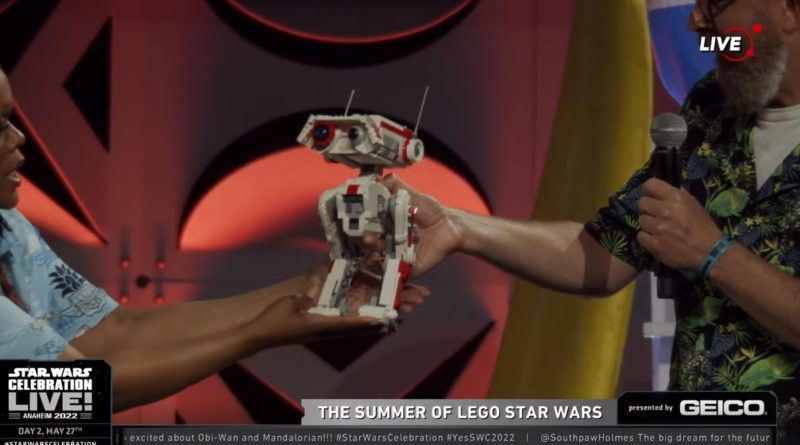 Brand new LEGO Star Wars sets have been revealed at Star Wars Celebration 2022, including one that will be available for pre-order soon.

75335 BD-1 has been officially revealed at Star Wars Celebration 2022 and will be available for pre-order soon, releasing on August 1.

The panellists also spoke on how the LEGO BD-1 was in development at the same time as The Book of Boba Fett, where they found out that the droid would also be included in the series.

While that build was revealed early today, May 27, 2022, another creation was showcased at the event, based on the upcoming Andor show on Disney+.

75338 Ambush on Ferrix features a great ship, speeder and minifigures of Cassian Andor and two other characters that will be featured in the series. It includes 679 elements.

Another reveal was an exclusive minifigure in the 2022 Advent Calendar for LEGO Star Wars as well as one of the builds.

Darth Vader is heading to the beach later this year, repeating his castle in the sand. This also confirms a 2022 LEGO Star Wars Advent Calendar, which was previously rumoured.