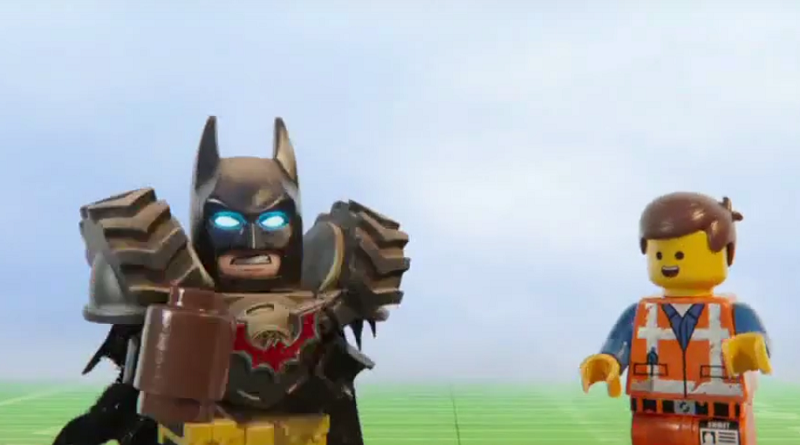 Another new television spot has landed for The LEGO Movie 2: The Second Part that reveals a few more snippets, including more Batman.

This latest The LEGO Movie 2: The Second Part television spot originally aired during the NFL NFC/AFC Championship game, so it includes a bespoke opening featuring Emmet and Batman before seguing into a traditional ad.

While Emmet and Lucy look set to be the film’s leads, it seems that Batman will have plenty to do as well. In a new snippet of footage, he is seen lying topless on a piano. Some of the film’s new characters and cameo appearances are included too, with Scarecrow, Chocolate Bar and Ruth Bader Ginsburg all turning up.

The new characters are expected to be introduced when Emmet’s friends are taken to the Systar System by General Mayhem. Fans in the US can see the film early, with special preview screenings taking place this Saturday.

Earlier this week, the LEGO Group revealed a new summer set for The LEGO Movie 2: The Second Part theme, 70839 Rexcelsior!.