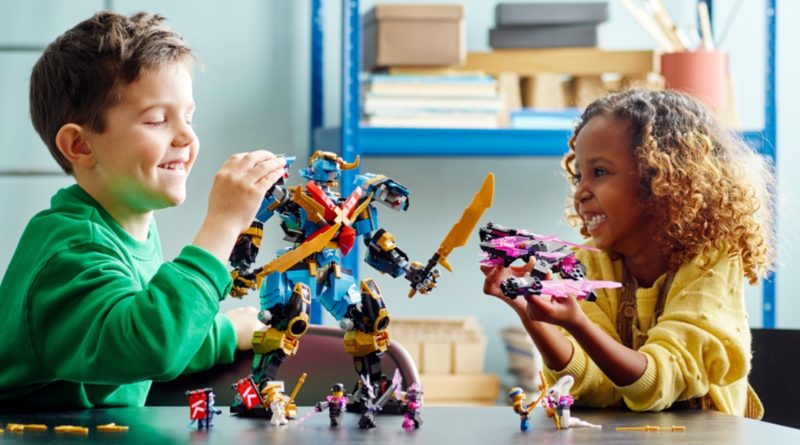 A second NINJAGO Crystalized trailer has been released, giving us a better look at 71775 Nya’s Samurai X MECH in animated form.

The promotion for the upcoming summer season of NINJAGO has continued with another teaser for the series, featuring a model that has now been officially announced.

Titled ‘Ninja on the run’, the sequence of clips sees the ninja retreating from the police and spending some time in Kryptarium Prison. How they might get into that situation is unclear, though it appears that Samurai X will come to their rescue.

The same mech as is featured in 71775 Nya’s Samurai X MECH appears in the trailer, and this extended look at the animated version of the model might help you to appreciate the finer details such as the cockpit element used as kneepads and the swords equipped on its back.

In previous seasons of the show, Pixal embraced the identity of Samurai X, though 71775 Nya’s Samurai X MECH features Nya as the pilot of the mech, hence the name, so we’ll have to see which character is coming to the ninja’s rescue in this scene when Crystalized is released.

Other models that can be seen in this and the other Crystalized trailer include 71769 Cole’s Dragon Cruiser and 71768 Jay’s Golden Dragon Motorbike. Those two will release alongside the rest of the summer 2022 NINJAGO sets on June 1 in the UK and Europe, or on August 1 in the US.