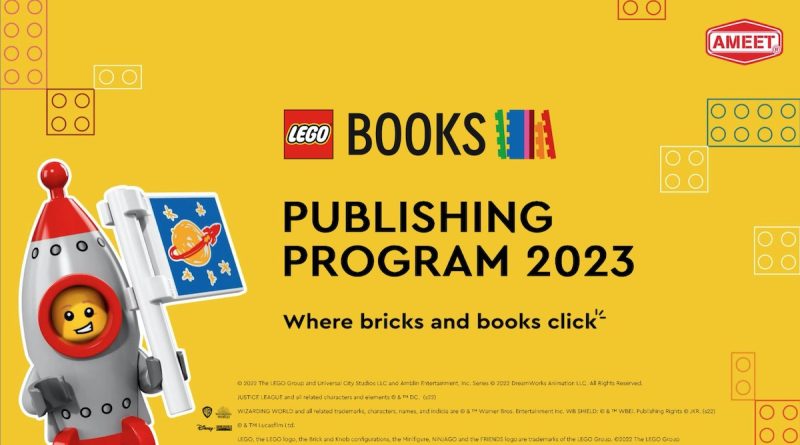 Publisher AMEET has revealed its full line-up of LEGO books due to arrive in 2023, with a number of titles including unique minifigures and models.

With 2023 on the horizon, publisher AMEET has released details of a number of official LEGO books that will be arriving throughout next year. Although primarily aimed at a younger audience, many of these title include unique mini models and some feature minifigures usually only available in larger (and more expensive) LEGO sets.

Following the reveal of one such title including a potential new Voldemort minifigure and a LEGO DC book that recycles two recent Batman characters, here’s the full line-up of AMEET titles arriving in 2023 that come with brick-based builds and minifigures:

Books included in the 2023 line-up of titles cover a range of LEGO themes such as Star Wars, Harry Potter, NINJAGO, DC Super Heroes, City, Friends and Jurassic World. Some of the minifigures, such as the Aki Jones Gamer Girl character, will be making their first appearance in the upcoming books and have yet to be included in LEGO sets.

Note that most of the current cover images are placeholders for now and that some of the minifigures and mini models have yet to be revealed and confirmed. AMEET’s 2023 line-up of books will be released throughout the year, although no specific publishing dates have been listed so far.