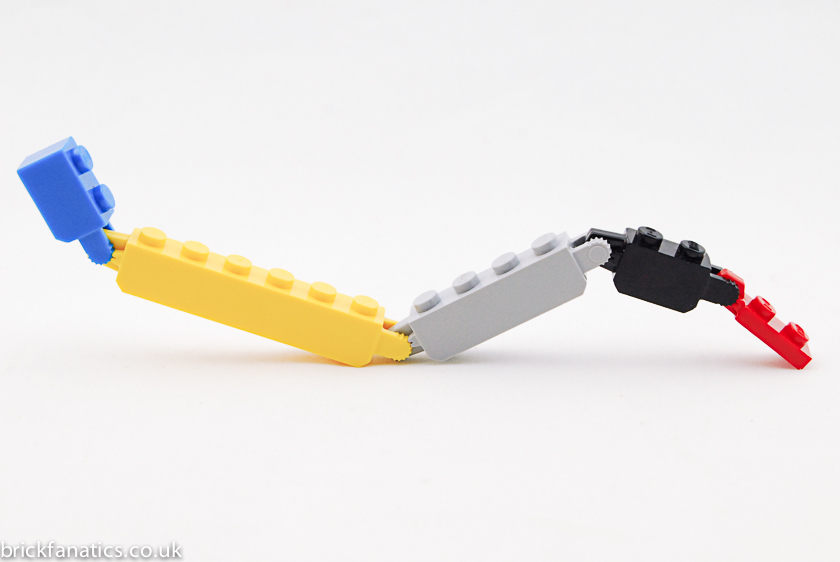 I can still remember the first time I held a LEGO friction hinge in my hands. It was 1999 and I had just purchased the original 7140 X-Wing Starfighter. My amazement at holding an actual LEGO Star Wars set — something my generation had only dreamed of — was temporarily superseded by the delight of discovering a hitherto unseen class of part: the friction hinge.

The friction hinge was created to solve a problem that anyone collecting in the 1970s, 1980s and 1990s will remember — the worn out hinge. Older hinges were usually some sort of sawtooth pattern which relied on multiple points of contact to create the forces which would resist sagging. Unfortunately, regular play would wear these contact points down and quickly lead to a hinge that would flop about wildly at the slightest inclination.

The original friction hinge eliminated this problem by introducing an almost cog like design with teeth that would wrap around them. My early Star Wars sets have been well loved and these hinges are still quite solid. Furthermore, the friction hinge has gone through an evolution in the 17 years since being introduced. It has been applied to modified ball and socket joints in themes such as Exo-Force, produced a flattened out variant common across every theme, and seen a variety of other exotic uses such as providing extreme articulation for sea serpents.

The friction hinge represents a very successful evolution in the LEGO Group’s part catalogue. Sometimes when they ‘improve’ a part, the element’s functionality is reduced. In this case, however, a true long term problem that frustrated many of us as kids was solved. Its longevity and near total elimination of the old style of hinge through the years is a testament to its successful origin and implementation.