Eight years since the release of the first LEGO Star Wars advent calendar, Brick Fanatics ranks the releases so far to see which has been the most satisfying

This Christmas is a little different for Star Wars fans, with no Force Friday having arrived to encourage fans to queue in the freezing cold for fresh merchandise, and no new film release to see multiple times at the cinema. Despite no new film release though, some things remain the same – placing Darth Vader on top of the tree, baking Stormtrooper gingerbread troopers and for LEGO fans, the annual Star Wars Advent Calendar.

Since the first release in 2011, the LEGO Group has released eight Star Wars Advent Calendars to date, but not all have been strong with the Force, and more recent ones have been rather lacklustre. With the festive season in full swing and advent doors being opened, Brick Fanatics is ranking the LEGO Star Wars Advent Calendars, from the least successful to the best of the bunch. 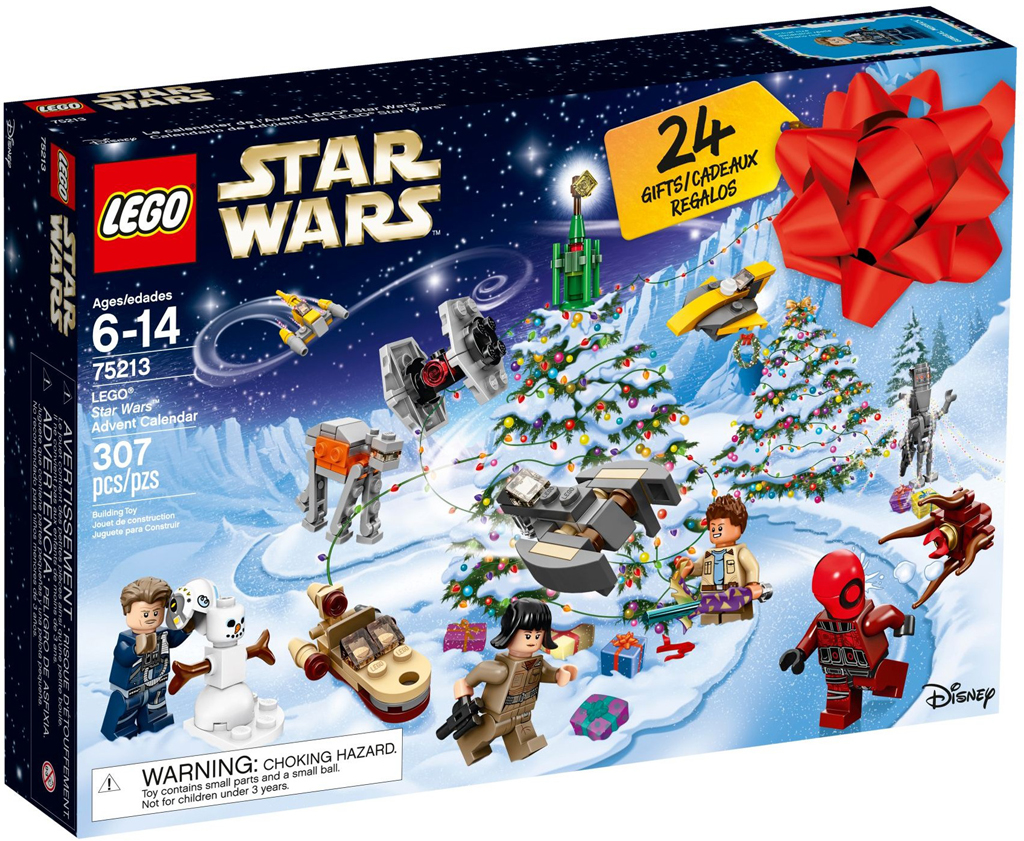 Unfortunately it is this year’s advent calendar that takes the lowest spot for one reason – a Christmas tree vaporator droid as the ‘exclusive’ festive item. Have the LEGO designers run out of ideas? Sticking a star on top of a brick built vaporator droid does not make it appealing like an appropriate festive minifigure. The only positives come from a unique minifigure of General Antoc Merrick, as seen in Rogue One: A Star Wars Story, and a Rebel Alliance snowman that uses a starfighter pilot helmet printed in icy tones. 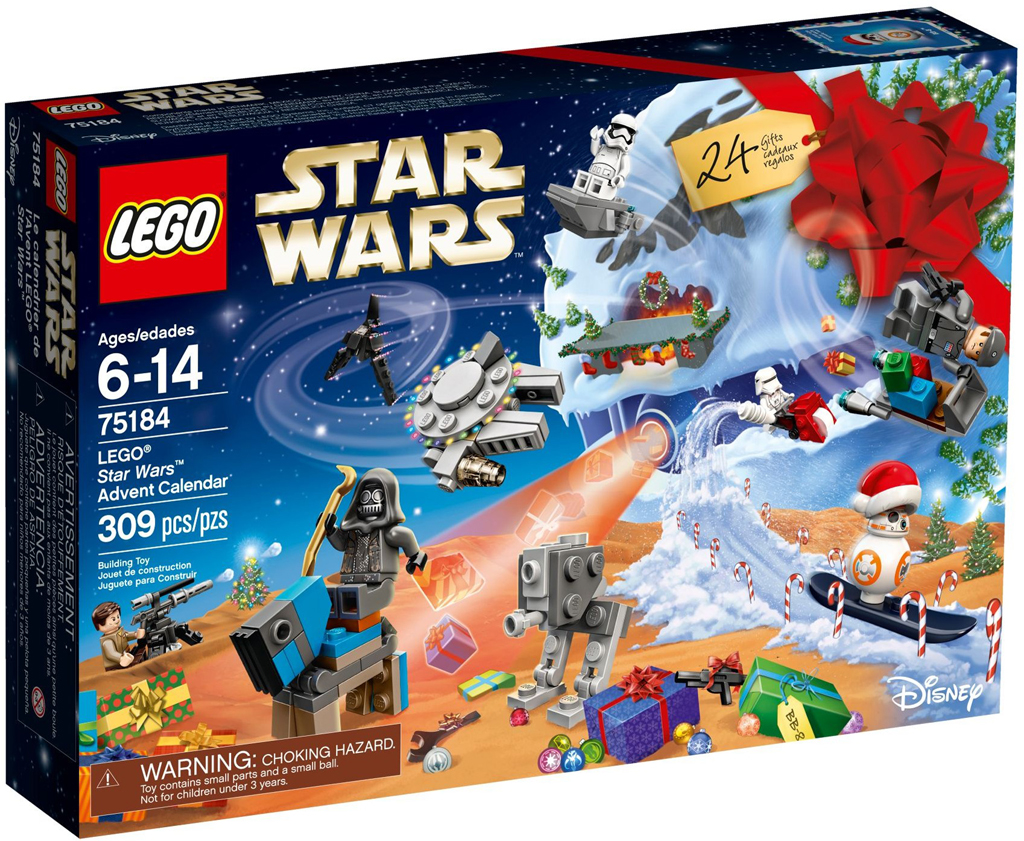 There was a strong Rogue One: A Star Wars Story theme for the mini-builds in 2017’s advent calendar, which wasn’t particularly surprising as the film had been released the previous year. It wasn’t K-2SO who had the festive makeover, but BB-8 instead. Putting a Santa hat on the droid seemed rather pointless and like a bit of a cop out. BB-8 could have had some Christmassy printing instead. Also, why did he have a snowboard when such droids can just roll over the snow? 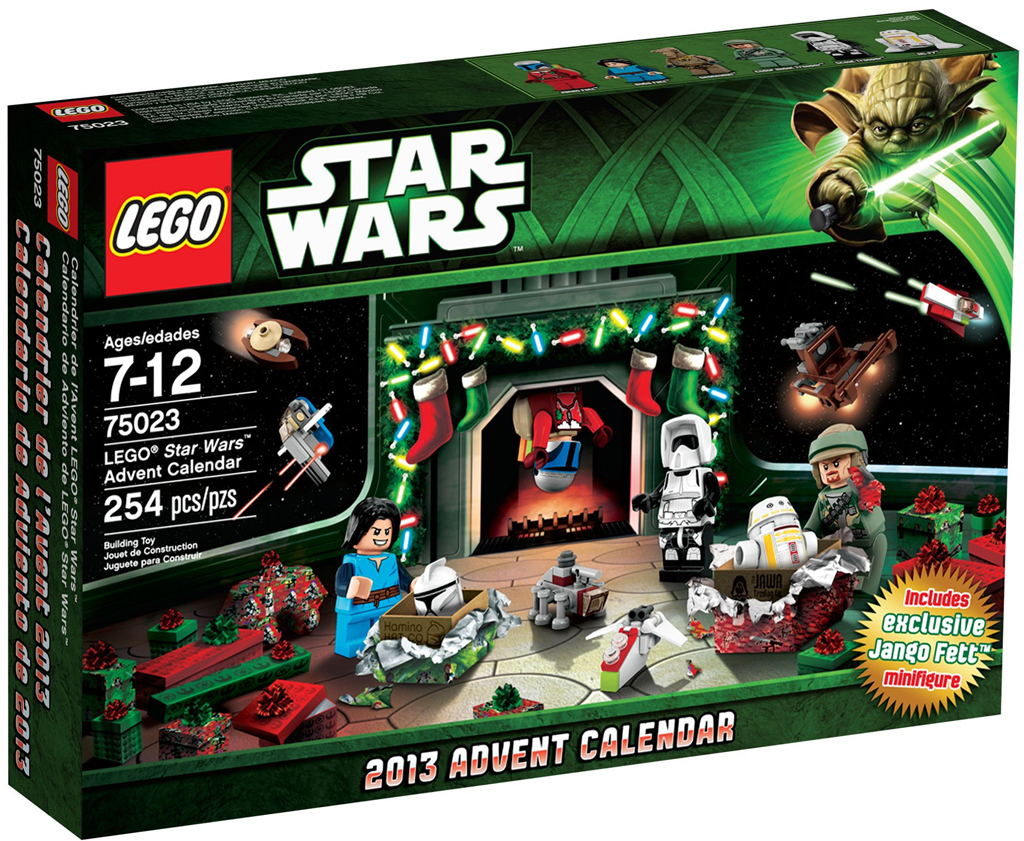 Dressing up Star Wars characters as Father Christmas appears to be the magic formula for these advent calendars, to varying degrees of success. At least Jango Fett was more qualified than some, with him having his own mini-me and a jetpack that would surely help when going down a chimney. His inclusion may have even been inspired by the Star Wars website’s flash animation, Holiday with the Fetts.

The biggest problem with 75023 was actually the mini-builds which were rather obscure and relied too heavily on The Clone Wars material. For most fans the biggest draw was probably the minifigure of a young Boba Fett, which until the release of 75191 Jedi Starfighter with Hyperdrive in 2017, was only available in this set. 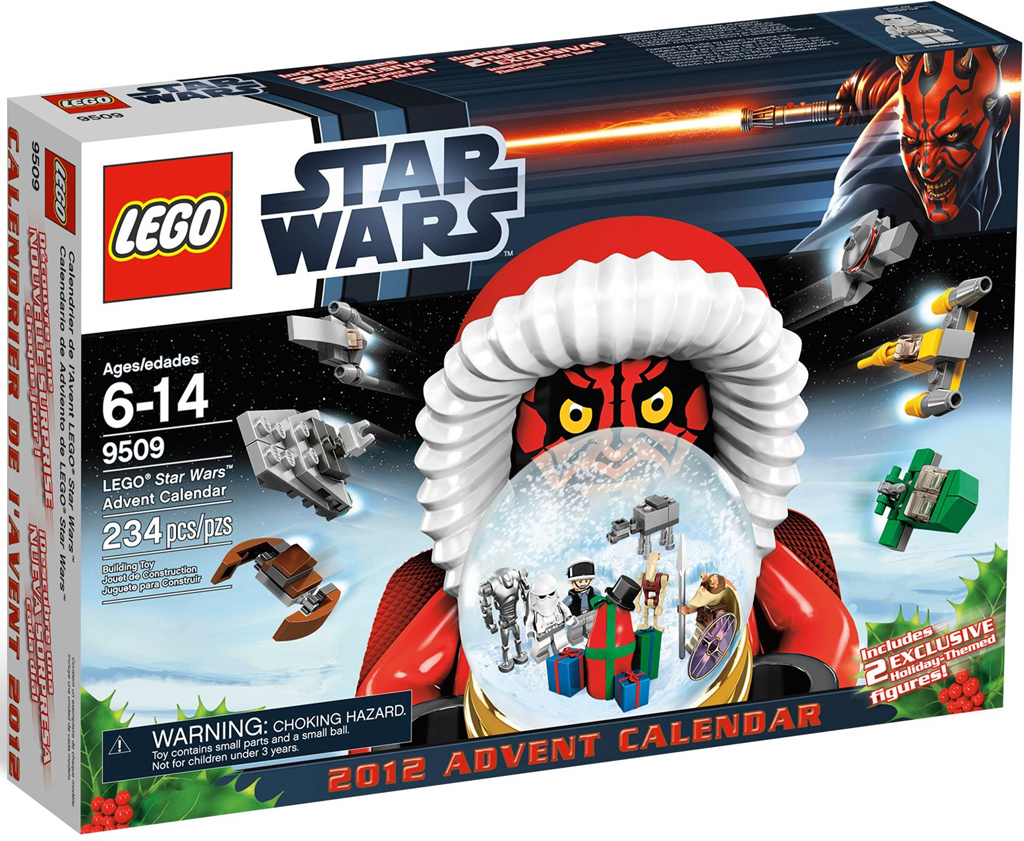 The LEGO design team thought that Darth Maul would make the perfect Santa Claus in 2012, but a Zabrak with yellow Sith-eyes was never going to work. Considering that most of the mini-builds were based around the prequels, many of the colourful ship designs were ignored, resulting in a rather grey collection. Thankfully R2-D2 came to the rescue – with his body printed to look like a snowman, the blue access ports replaced for carrots and a top-hat to finish, snowman Artoo looked very dapper. 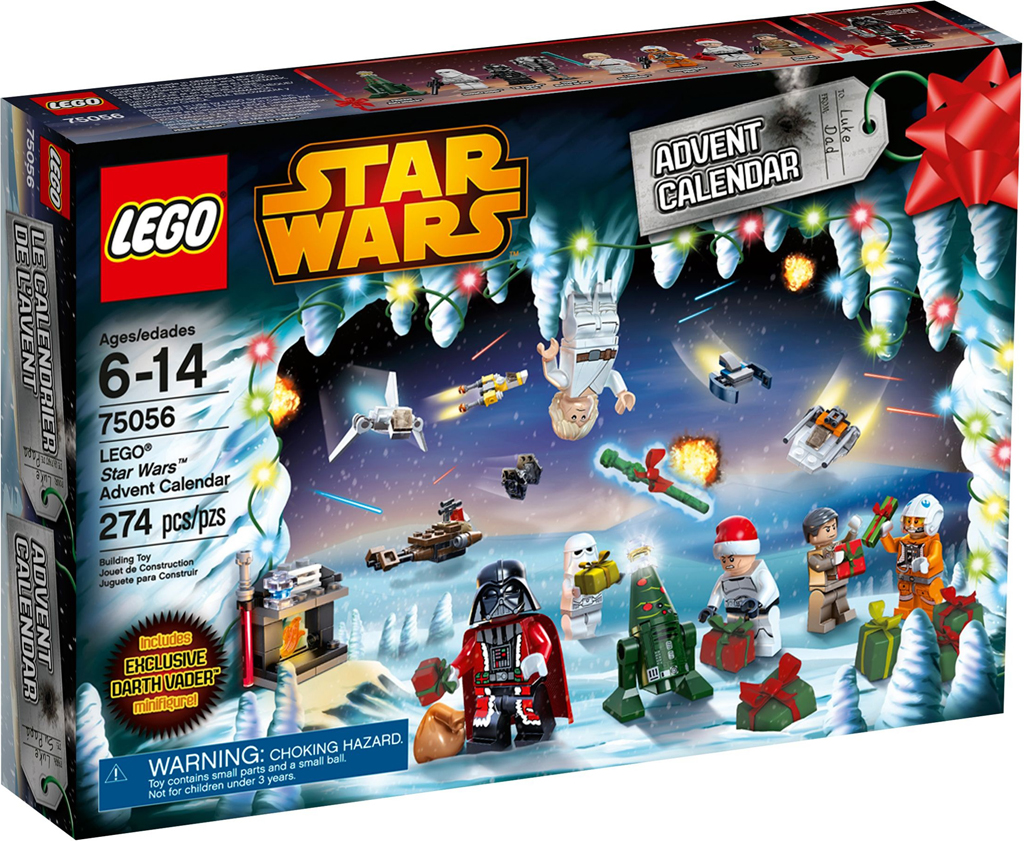 This particular advent calendar holds the record for having the most festive characters in one box. Three were included in 2014, as long as you count an Imperial Stormtrooper wearing a Santa hat. Darth Vader was given the line “I am your father…Christmas” on that occasion, with a unique Christmas tree astromech droid also included. 75056 really solidified the trend of representing multiple Star Wars films in its mini-builds. 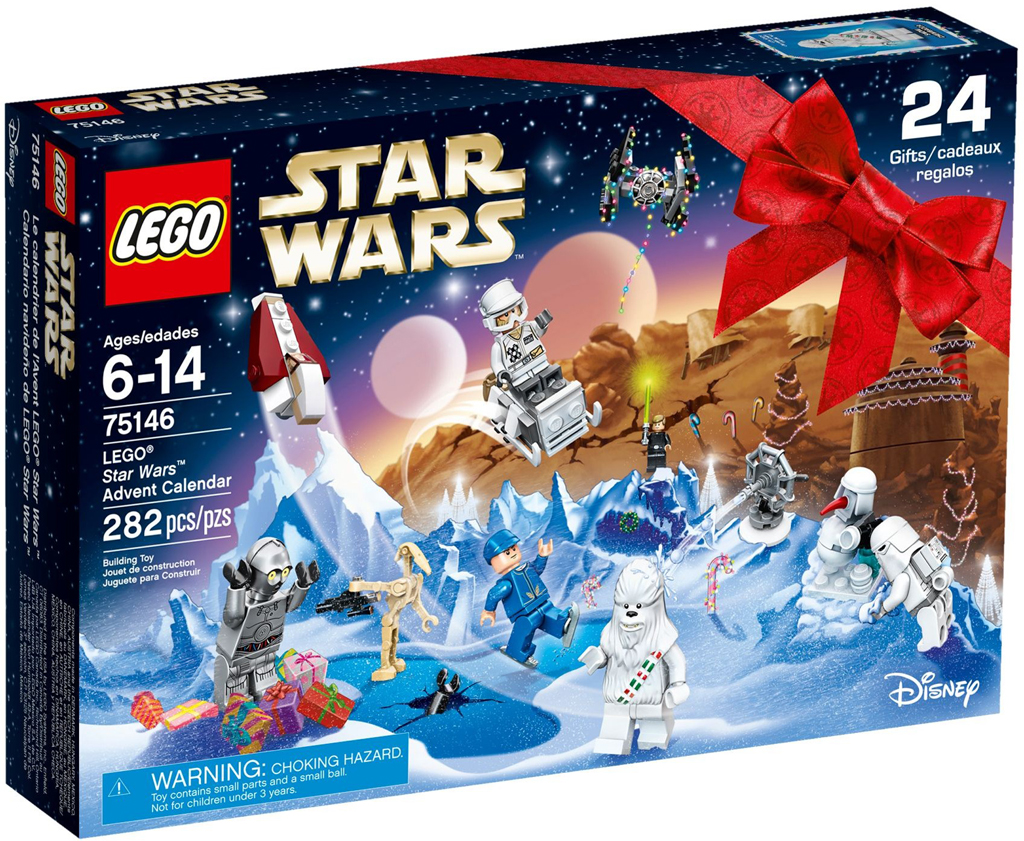 What made the advent calendar of 2016 so strong was its varied mini-builds from across the Star Wars saga, and having two highly desirable minifigures. Yeti Chewbacca was a very original idea, giving the wookiee a white pelt and a candy cane bandolier, along with his bowcaster being able to shoot ‘snowballs’. Even if the LEGO Group’s colour portfolio didn’t really include chrome, TC-14 was still a very detailed minifigure representing the only female protocol droid ever seen on screen. 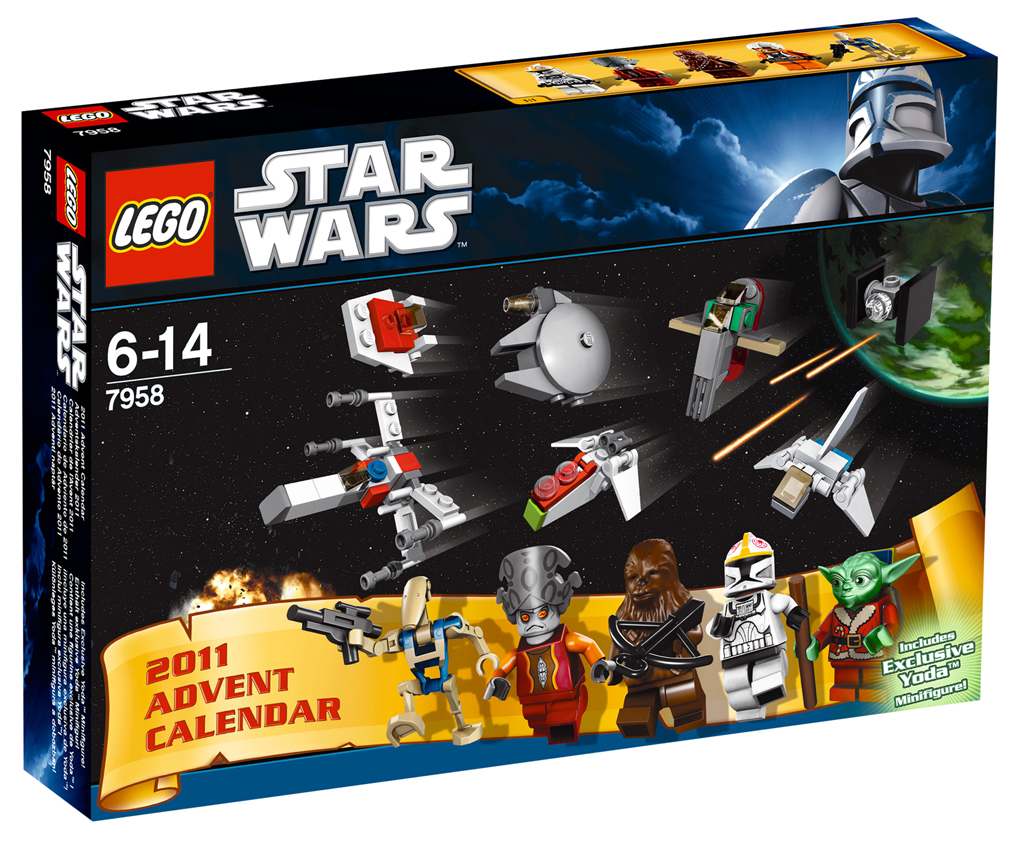 The inaugural Star Wars Advent Calendar still remains one of the best, even if its minifigures and mini-builds are a bit outdated compared to today’s standards. For Jedi Master Yoda as Father Christmas, the LEGO designers took direct inspiration from the 1981 Lucasfilm Christmas card by artist Ralph McQuarrie. The only slight problem with Yoda was that The Clone Wars mould was used for his head, whereas the actual card depicted Yoda as seen in The Empire Strikes Back. 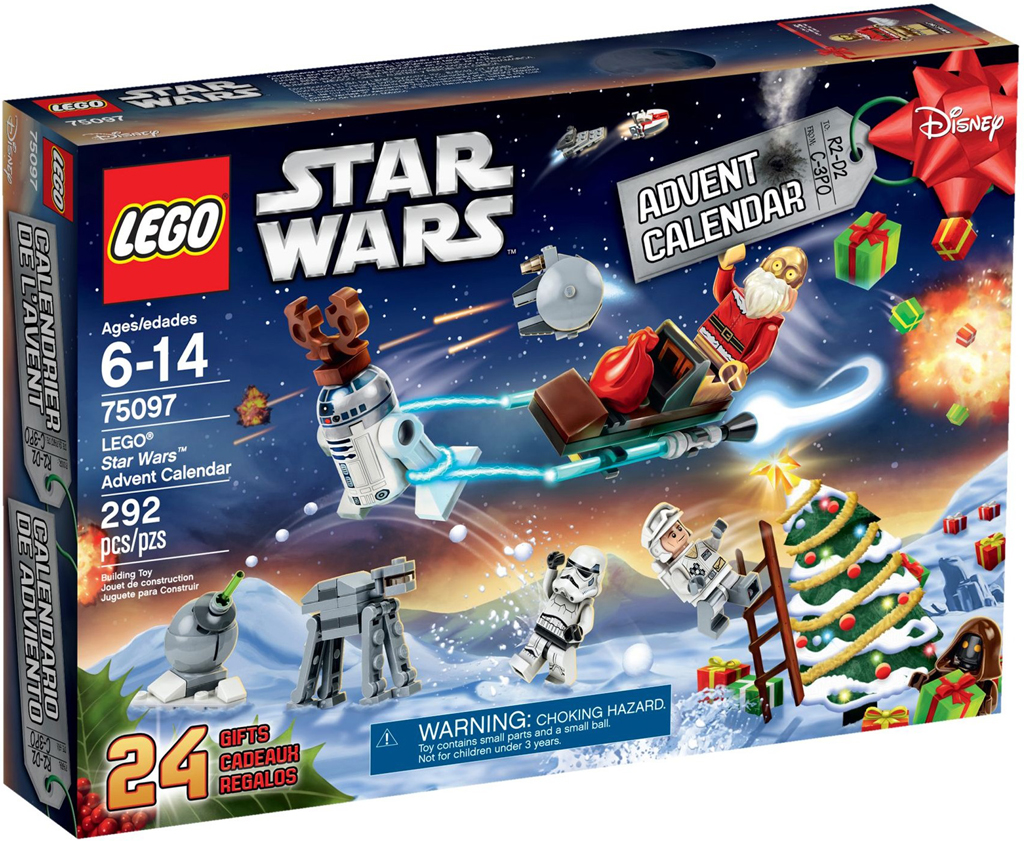 75097 was the perfect advent calendar for original trilogy fans, with detailed mini-builds based on the vehicles and locations seen on Tatooine, Hoth and Endor. If that wasn’t good enough, Santa Claus C-3PO and reindeer R2-D2 were inspired by another Lucasfilm Christmas card, this time from 1979 and again by Ralph McQuarrie. 75097 takes the top spot on this list for having absolutely no faults and using material from one of the most famous Lucasfilm Christmas cards to great effect.

It’s easy to see from this ranking that the latest LEGO Star Wars Advent Calendars are becoming weaker in innovation, particularly the exclusive festive figures. The issue with these sets is repetition, especially since the initial novelty from almost a decade ago is starting to wear off. With ten Star Wars films (yes, we are into double digits now) along with three television shows to draw inspiration from, there should be plenty of new inspiration to draw on. Considering that these calendars have hit rock bottom this year with a Christmas tree vaporator droid, it can only be up from here…