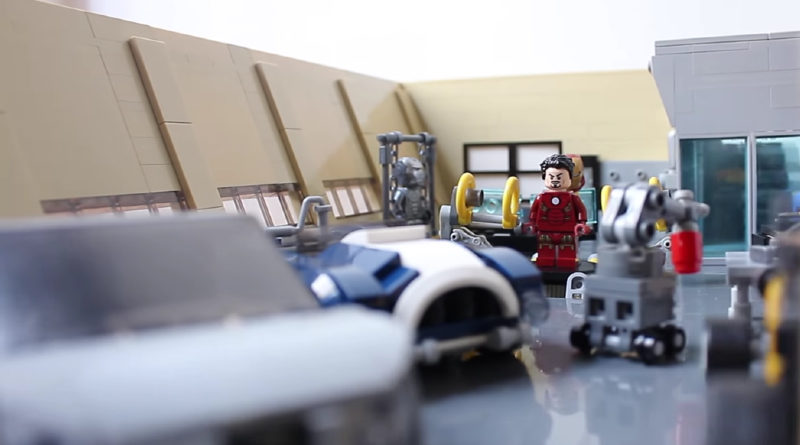 A new LEGO diorama has recreated one of the most recognisable moments from the Marvel Cinematic Universe, the creation of Iron Man’s iconic red and gold armour.

When you think of the Marvel Cinematic Universe, you might not think of a garage but early on in the blockbuster collection of movies, Tony Stark’s underground garage was the testing ground for the Iron Man armour, a suit that would have huge effects on the franchise as a whole.

Hachiroku24 has tasked themselves with recreating the location, including the billionaire, genius, playboy, philanthropist’s collection of supercars and armours.

At first glance, it manages to capture the angled shape of the garage, as well as the glass room towards the back which leads to the rest of the mansion. The design of the glorified man-cave is something that many of you will remember from originally watching the movie in 2008, and this LEGO diorama manages to invoke the same feeling of awe and jealously that we all felt from seeing it.

Moving away from the building itself, the garage wouldn’t be complete without the cars with faithful recreations of three of them present in the build. The included vehicles are a silver Audi r8, the blue and white AC Cobra and the hot rod with flame decals. There are a few movie references too with Dum-E, a prototype armour suit and what appears to be Tony Stark’s original arc reactor on the table.

If you’re wanting to replicate this for yourself then one of the Avengers LEGO sets is a good place to start with 76167 Iron Man Armoury including both the silver suit and the hot rod.