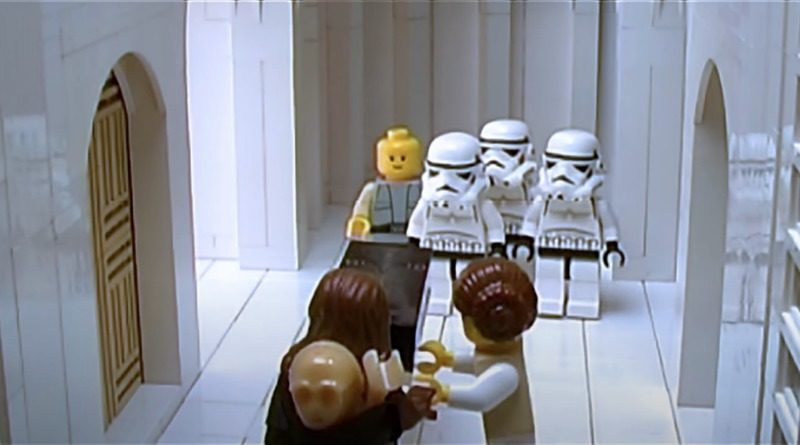 Remember Star Wars: The Han Solo Affair? Eighteen years on from its initial release, the original LEGO Star Wars brickfilm has lost none of its charm or humour.

If you’ve never seen this slice of stop-motion gold, you can check out the full video below. It’s a remastered version of the original 2002 clip, which expands on The Empire Strikes Back using classic LEGO Star Wars minifigures.

Presented as “Episode V½”, the film is set just after everyone’s favourite intergalactic smuggler Han Solo emerges from the Carbonite Freezing Chamber. In a last-gasp attempt to rescue their frozen friend, Princess Leia, Chewbacca and R2-D2 grab the printed piece and run.

What follows is a brilliantly bonkers chase around the brick-built hallways of Cloud City. And it’s genuinely hilarious, from Leia helping Lobot and the Stormtroopers chase after Chewbacca, to the Wookiee resolutely rampaging through Darth Vader and a crowd of Stormtroopers – only to find the Sith Lord on his stretcher.

For fans of a certain age, this is a blast from the past in more ways than one. Just look at those classic Stormtroopers! And the original single-piece Darth Vader and Boba Fett helmets! And, of course, those vintage yellow-skinned minifigures. (The characters included in this video would find their way on to store shelves the following year in 10123 Cloud City.)

According to the film’s creators, Spite Your Face Productions, The Han Solo Affair was also the first licensed Star Wars short since the saga began in 1977. That makes this a pretty monumental video. And while its minifigures may have aged in the years since, its production quality is pretty timeless. Check it out for yourself, and bask in the nostalgia of classic LEGO Star Wars.