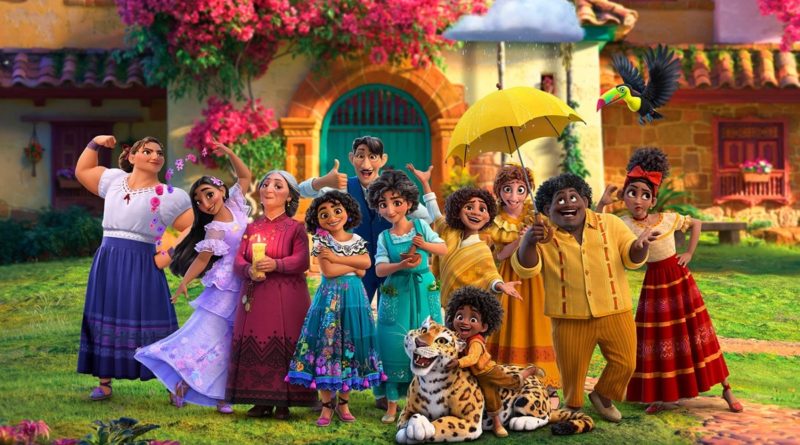 Following on from rumours of LEGO sets for Disney’s Encanto in 2021, descriptions for the reported models have now surfaced online.

Releasing later in 2021, Encanto is the latest animated musical from Disney and was previously said to be getting three LEGO builds according to an online price comparison site. However, Promobricks are now reporting to have full descriptions of these, with details of their price and release dates too.

The entire wave is said to be coming on December 1, following the movie’s launch on November 26, or November 24 for those of you in the US. That would make them a quick release following the release of the film rather than preceding it.

However, the rumoured information lists that the sets will be coming on both December 1, 2021, and December 1, 2022, leaving it unclear as to which may be correct though the previous listings mentioned them as coming in 2021 too.

You can get a first look at Encanto thanks to an official trailer revealed earlier this month:

The smallest of the wave is rumoured to be named 43200 Antonio’s Magic Door and include a mini-doll of Antonio and Mirabella. The latter is the protagonist of Encanto and the former can be seen riding the jaguar in the featured image. That animal is also listed as being included along with a frog, butterflies and a capybara.

The build is said to be another of the LEGO Disney books like 43193 Ariel Belle Cinderella and Tiana’s Storybook Adventures and features Antonio’s room and a hammock in a tree over 99 pieces for €19.99.

Next up is 43201 Isabela’s Magic Door with 114 bricks for €19.99, utilising the same concept as the 43200 Antonio’s Magic Door with her room including a four-poster bed, make-up area and a tea set. Mirabel, Isabela and Luisa are noted as featuring in the form of mini-dolls. The latter two can be found in the featured image as both of the left-most characters.

The largest creation is reported to be named 43202 The House of the Madrigals with 587 elements for €49.99. Reportedly depicting the home of the magical family as seen in the trailer, the set is said to be seven studs deep and include five rooms and a hallway.

The rooms are mentioned as being a kitchen, a dining room, a living room and two bedrooms and a palm tree is noted as standing outside of the house. Mini-dolls listed include Abuela, the character holding the candle in the featured image, Mirabel and Antonio.

None of these have been officially confirmed by the LEGO Group and should be treated with caution until an announcement is made.

Other recent rumours include descriptions for 12 minifigures in the 22nd series of LEGO Collectible Minifigures and the 2022 addition to the Modular Buildings Collection.