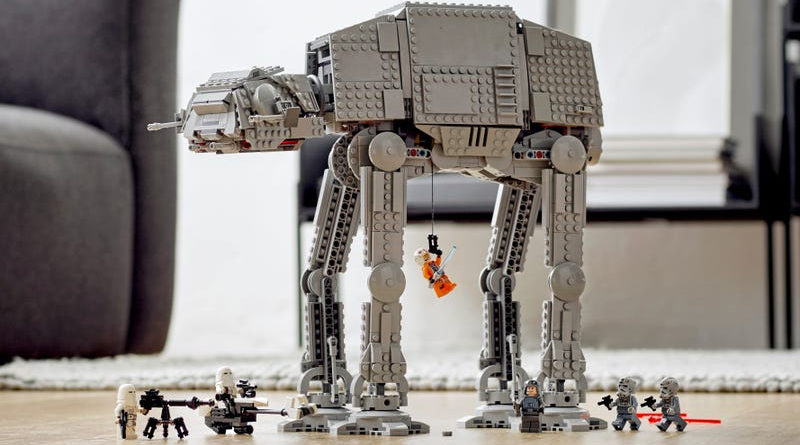 Said to be the second UCS set launching in 2021 behind 75309 Republic Gunship (sorry, 75308 R2-D2 – the LEGO Group says you’re just a standard 18+ set), the long-rumoured 75313 AT-AT will apparently arrive on shelves on November 26, a date that’s probably better known this year as Black Friday.

That’s according to Instagram user lego_club_news, who has also reiterated the previously-reported piece count of 6,782 and price tag of $799.99. That’s a very steep entry fee, but in return you’ll end up with what could be one of the LEGO Group’s most impressive Star Wars UCS sets to date.

If nothing else, a UCS AT-AT will be worthy of a place among LEGO Star Wars’ top tier for the sheer feat of engineering a supersized four-legged walker will represent. Whether the LEGO Group has figured out a way to make it independently stable or require external support (such as trans-clear beams) remains to be seen.

As does, of course, the veracity of this rumour – but given it originally surfaced alongside reports of this summer’s wave, nearly all of which have turned out to be true, it’s probably time to start believing that this really is the year of the AT-AT. November feels so far away…