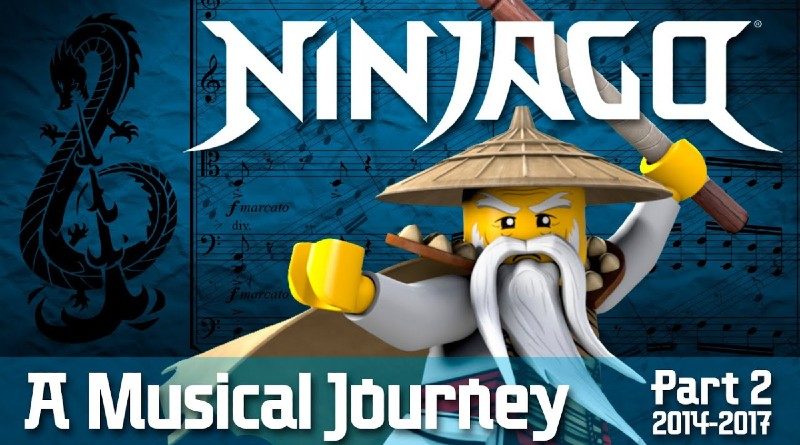 Part two of the new series of LEGO NINJAGO soundtrack video is now available, continuing the musical collection of videos to tie in with the tenth anniversary.

Following the release of part one last month, the next in the series of NINJAGO: A Musical Journey has been uploaded to the LEGO Group’s YouTube channel.

According to the description of the video, this part covers music from 2014 to 2017 with accompanying clips and other imagery to recount some of the more memorable moments of the past ten years. Interestingly, this suggests that the 2013 season of NINJAGO was not be covered by the series, even though it was included in the first video. This may simply be an error from the LEGO Group but rest assured that 2013’s music is covered.

Out of the 48-minute video, there are certainly some highlights for you to listen out for such as the soundtrack for Zane’s sacrifice against the Overlord and the music for when the elemental masters unite their powers against Master Chen. Overall, this collection of tunes continues to showcase NINJAGO’s excellent accompaniment that has only been heard alongside voices and sounds from the TV show before.

With the series covering up to 2017 so far, this means that parts three and four will focus on the music from the show’s first big change following the LEGO NINJAGO Movie, and it will be interesting to fully compare the eras and see if the sound was also influenced by the cinematic release.

NINJAGO: A Musical Journey has proven popular among fans with Tommy Andreasen pointing out that the first video has just passed 500,000 views. Perhaps the NINJAGO community can once again make the video reach half a million views before the release of the third in the series.

If you’re looking for other musical LEGO experiences, LEGO VIDIYO recently received its official set reveals ahead of the March release, with a new collection of minifigures and BeatBox sets to collect.