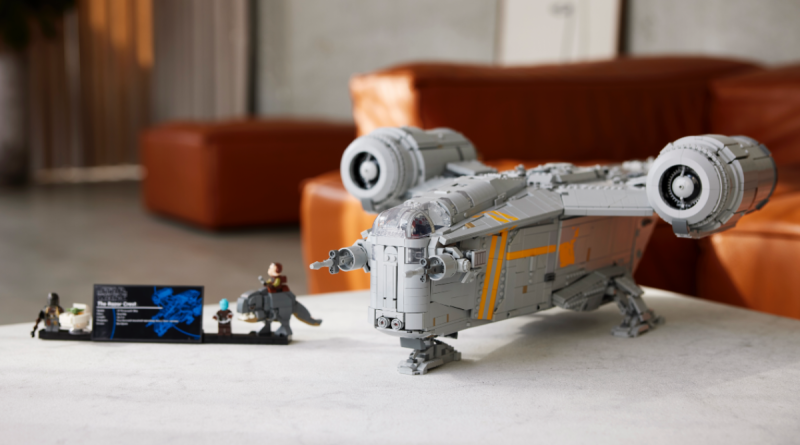 The massive LEGO Star Wars UCS 75331 The Razor Crest includes a secret surprise hiding inside the build that fans of the series will revel in.

75331 The Razor Crest is coming soon, paying homage to The Mandalorian Disney+ series with a huge build worthy of the show’s popularity. Evidently, the design team have watched more than a few episodes of The Mandalorian as there’s a particular reference in this set that might make it even more desirable.

This is your first and last spoiler warning, as we’re about to mention a moment from the second season of The Mandalorian.

In the first episode of The Mandalorian Season 2 – The Marshall – Din Djarin discovers that a set of armour belonging to another Mandalorian is in the hands of Cobb Vanth, who is not a Mandalorian. Seeking to stick to the code, Din Djarin demands that the armour be given to him and after a short adventure involving a Krayt Dragon, Boba Fett’s armour finds a new, temporary home on the Razor Crest.

75331 The Razor Crest references this moment with the helmet and jetpack hanging on a rack inside the UCS model, ready for Din Djarin to find their original owner and return it. It’s far from the only interior detail in the new UCS LEGO Star Wars model, but it’s one that those who know the series will recognise and enjoy.