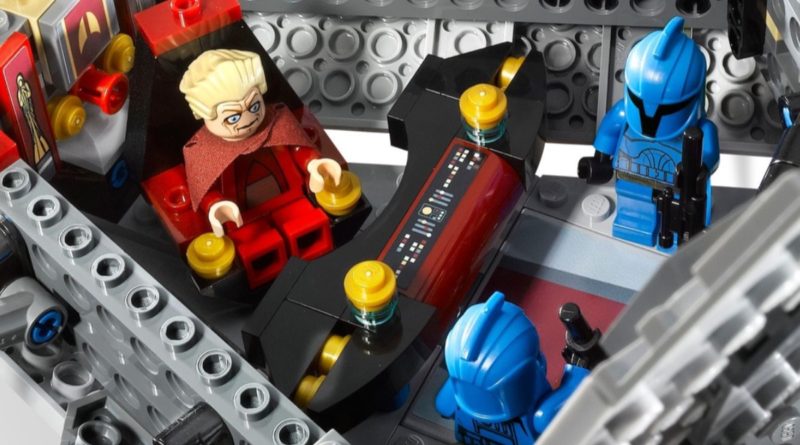 LEGO Star Wars redesigns are ten a penny by now, but these seven sets have somehow never been revisited across the past two decades.

With every new wave of LEGO Star Wars sets inevitably comes at least one new take on a previous set: maybe it’s a staple in the line-up like Luke’s X-wing or Landspeeder, or something that’s come back to the fore through another media like last year’s 75316 Mandalorian Starfighter. Whatever the reason, it’s only reasonable to expect redesigns for a theme now in its 23rd year.

But all that only really makes the absence of redesigns for certain sets even more puzzling – particularly when some of them seem so perfectly suited to the requirements of a LEGO set, or are otherwise so iconic in the Star Wars canon. And yet that’s exactly the case for these seven sets, all of which have featured once (and only once) in the LEGO Star Wars catalogue to date.

It’s no secret that the LEGO Group loves Kashyyyk – it’s probably the most revisited location from Revenge of the Sith over the years – but while we’ve had multiple swamp speeders, Clone Turbo Tanks and even a battle pack in 2014, we’ve never revisited the 2005 classic that is 7260 Wookiee Catamaran. It’s a shame, too, because it’s an incredibly unique vehicle as Star Wars goes.

This year marks the 20th anniversary of Star Wars: Attack of the Clones, so if ever there was a time to redesign 7133 Bounty Hunter Pursuit, it’s now. Really, it’s baffling that we’re still waiting on one regardless: two speeders in bright colours with cool minifigures seems like a home run for the LEGO Star Wars design team, so it’s hard to believe the only time it’s happened was 20 years ago.

We already know the LEGO Group has one eye on the TIE Bomber thanks to 2020’s LEGO Ideas poll to find a future Ultimate Collector Series set, but we’d be just as happy with a minifigure-scale redesign of this lesser-spotted TIE Fighter variant. Its one and only LEGO set so far came in 2003, so we’re long overdue another at this point.

The Clone Wars brought us plenty of one-and-done vehicles, and most of them are obscure enough that we’re not surprised they haven’t been revisited. But the V-19 feels like a design for the ages – even if it hasn’t really shown up much elsewhere – and perfectly suited to LEGO with its folding wings. Plus, we’ll take any excuse for more Clone Troopers…

The LEGO Group has been redesigning Ultimate Collector Series sets since the heady days of 2013’s 10240 Red Five X-wing Starfighter (can you believe it was that long ago?), but 10143 Death Star II remains our only incarnation of the space station at that scale. We’ve had two more Death Stars since, of course, but both have been anchored around play rather than display.

As iconic to the prequel trilogy as the Star Destroyer was to the original trilogy, the Venator is revered by a certain subset of Star Wars fans – as is its one and only LEGO set, 2009’s 8039 Venator-Class Republic Attack Cruiser. It’s a bit crude by today’s standards, though, and with the minifigure-driven flagship concept still alive and well in 75315 Imperial Light Cruiser, we reckon it’s time for an update.

Yeah, okay, we’ve had more minifigure-scale Slave Is than you can comfortably count on two hands. But every single one of them, bar one, has been based on Boba Fett’s version of the ship. The only model to come in Jango’s colours arrived in 2002, a full 20 years ago.

And just as with 7133 Bounty Hunter Pursuit, that makes 2022 absolutely the right time to finally revisit it – even if it will be called Jango Fett’s Starship. Check out our mock-up of what that might look like above…