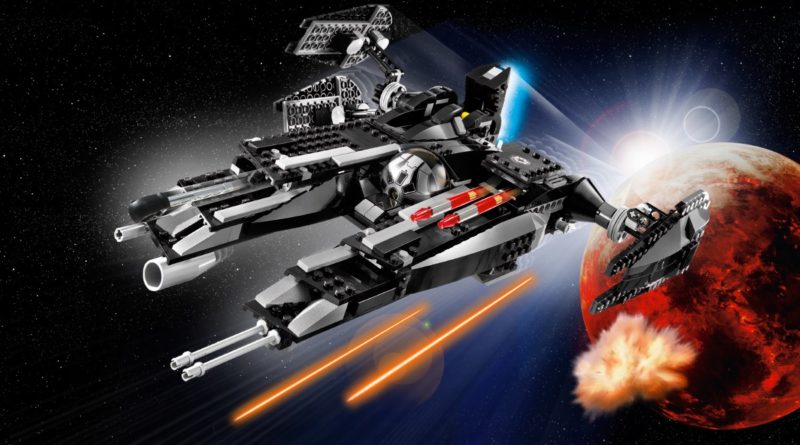 Month by month, we’re inching ever closer to the magic total of 1,000 LEGO Star Wars sets released since 1999 – but chances are there are a few in there you’ve forgotten exist.

Whether you’ve been aboard the LEGO Star Wars hype train since the end of the ‘90s or are a recent passenger on this wild (and wildly expensive) ride, keeping track of everything that the LEGO Group has churned out over the years is no small feat. And if – for whatever reason – you’re gunning for a complete LEGO Star Wars collection, you absolutely mad person, you’ll want to make sure you haven’t forgotten about these weirdly obscure sets.

We’re talking products based on early-21st-century video games; starfighters inspired by long-defunct (and totally non-canon) cartoons; and plenty of builds and characters seemingly of the LEGO Group’s own invention. They’re no X-wings, Landspeeders or Death Stars, but they’re still a core component of any comprehensive collection – or simply fun curios for those of us who aren’t aiming for the moon.

In that difficult time period when the LEGO Star Wars team only had six movies, a long-running TV series and an entire galaxy’s worth of multimedia projects to draw from, the designers were seemingly forced to come up with their own concepts instead. In steps 75018 JEK-14’s Stealth Starfighter, one of two sets based on the LEGO Group’s original series The Yoda Chronicles. A weird set with even weirder minifigures, it’s no wonder both this and 2014’s 75051 Jedi Scout Fighter are pretty much consigned to the history books now.

Back in 2008, the LEGO Star Wars theme still had a pretty narrow focus, concentrating mostly on the first (and at the time, only) six Skywalker Saga movies. There were a few exceptions – you’ll find one of them further down this list – but 7672 Rogue Shadow represented a real shift, allowing the theme to branch out into video game territory with The Force Unleashed.

When Disney acquired Lucasfilm in 2012, it relegated the multimedia effort that surrounded the game and its sequel to Legends (or non-canon) status, and in doing so sealed 7672 Rogue Shadow’s fate as a forgotten LEGO Star Wars set.

If, like us, you’re still raving about Genndy Tartakovsky’s original Star Wars: Clone Wars series nearly two decades after it aired, then maybe you haven’t forgotten 75087 Anakin’s Custom Jedi Starfighter. Maybe it’s actually the crown jewel of your collection, having arrived completely out of the blue in 2015, long after Lucasfilm declared the short-lived animated series non-canon. But if you aren’t part of the O.G. Clone Wars crew, there’s a good chance you’ll have completely overlooked this weird venture into the annals of Star Wars history.

It’s still totally worth seeking out, though, if only for its novel, pimp-my-ride approach to Jedi Starfighters.

Of all the Technic Star Wars sets produced at the beginning of the millennium – and there were nine in total, if you can believe it – 8000 Pit Droid is easily the most forgettable, if only because the dinky droid has had relatively little attention from the LEGO Star Wars team in the years since. C-3PO, R2-D2, Battle Droids and even Destroyer Droids are all 10 a penny in the grand scheme of things, and they’re also the characters you’d probably first single out in a modern-day reboot of this Technic subtheme.

A Pit Droid, though? Top of nobody’s list, surely.

Today, the LEGO Group relies pretty heavily on Star Wars’ most iconic ships, which is presumably why we haven’t had a new TIE Interceptor since 2006. But back when it was content to get weird and wonderful with its portfolio, you’d find any number of TIE Fighter variants on shelves: Darth Vader’s TIE Advanced, TIE Interceptors, a TIE Defender (which almost made this list), a droid-piloted TIE/D, and even – in 2007 – something called a TIE Crawler, which was effectively the standard TIE cockpit on treads.

Arguably the LEGO Group’s second-ever Expanded Universe (now Legends) set – following the TIE/D in 10131 TIE Fighter Collection – 7664 TIE Crawler is so bizarre in concept and execution that it’s difficult to believe it ever happened.

Remember 75204 Sandspeeder? Our money is on ‘no’, ‘maybe’ or ‘woah, I forgot that existed’, any one of which would speak volumes about the set given it’s actually only four years old. But the odds were completely stacked against it from day one: it’s a recoloured Snowspeeder (a vehicle we’ve all had way too much of by this point), based on a cancelled Kenner toy from 1985 (the most obscure source material of all time?), and it was only in production for a year (if that).

LEGO Star Wars at its most forgettable.

Support the work that Brick Fanatics does by purchasing your much more memorable LEGO Star Wars sets – including the three new Diorama Collection models – using our affiliate links.