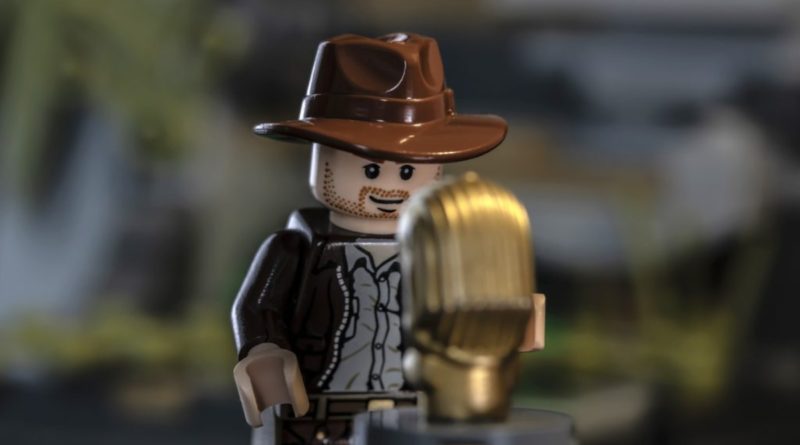 Walk down memory lane with us as we reminisce about LEGO themes that ended way before their time.

The LEGO Group has dedicated years and years to several LEGO themes, such as Star Wars, Harry Potter, and NINJAGO, which recently celebrated its ten-year anniversary. However, there were also some franchises that we think had a lot more scope for sets than they were given space for.

Let’s dive into a few of them here, as well as some suggestions for where the LEGO Group could have taken the theme if it had spent a little longer on it.

Alongside its range of sets based on The Hobbit across 2012 and 2013, the LEGO Group took the opportunity to visit Peter Jackson’s classic core trilogy of The Lord of the Rings movies. But while its 12 sets for The Fellowship of the Ring, The Two Towers and The Return of the King cover almost every major character and plenty of pivotal scenes, from 9474 The Battle of Helm’s Deep to 10237 The Tower of Orthanc, there’s still plenty of potential for more.

It feels like a long shot, but we’re crossing our fingers that the upcoming Amazon Prime prequel series will see a reboot to the LEGO The Lord of the Rings theme.

5 – Pirates of the Caribbean

Considering the Pirates of the Caribbean movies have just kept coming over the years, with number six in development for a projected release in 2022, you might expect an equally prolific LEGO theme to match. Unfortunately, you’d be disappointed.

The first two waves of sets were released in two stages during 2011, before a brief revival in 2017. The collection of 10 models spans the first four movies, and each one came with a promotional LEGO Pirates of the Caribbean poster.

The theme includes some epic builds, including the dramatic-looking 4184 The Black Pearl with the iconic all-black sails. The designers also did a great job at representing action from the movie, such as by including a skeleton version of Barbossa to reflect the undead magic of 4181 Isla De Muerta.

The majority of the larger sets are, predictably, ships and it would have been great to see the theme continue with some more detailed on-land models, such as the island where Captain Jack is (repeatedly) abandoned or a brick-built version of Port Royal.

This beloved cartoon ran from 2005 to 2008, but still has a dedicated fanbase today. It’s currently due for a live-action remake, which might see a revival of its popularity – so long as it’s done better than the first live-action version.

Although the LEGO franchise based on the show didn’t last long, it has still gone down in history as the smallest theme ever. It began and ended in 2006, with just two sets released: 3828 Air Temple and 3829 Fire Nation Ship. The models were only available in the US and Canada, and were released as part of a test wave to see which show would be more popular, Avatar: The Last Airbender and Spongebob Squarepants.

The theme may have been discontinued because the show itself was originally meant to end in 2007. Whatever the reason, the builds are limited to scenes from Book 1, the first season of the series. It would have been great to see brick-built versions of the Fire Nation Capital and the Earth Kingdom’s Ba Sing Se. Plus, it’s a genuine tragedy that we never got a LEGO version of the loyal sky-bison, Appa.

The Simpsons even had a LEGO-themed episode of the TV show, so there was clearly strong collaboration between the LEGO Group and the show creators. Still, the lifetime of this LEGO franchise was not a long one, with just eight products released between 2014 and 2018. The final release was a pair of Simpsons BrickHeadz, featuring Homer himself and Krusty the Clown.

The LEGO Simpsons minifigures are particularly recognisable, with a departure from the classic LEGO look. Instead, the slightly bulging eyes that are typical of the cartoon’s style are recreated with unique elements and the hairstyles are moulded to the head, rather than as separate hairpieces like typical minifigures.

Of the eight sets released, just two of them are buildable models in 71006 The Simpsons House and 71016 Kwik-E-Mart, while the rest stem from the now-defunct LEGO Dimensions video game, BrickHeadz and the Collectible Minifigures. For a show that’s been running since 1989 and is currently in the midst of its 32nd season, there are dozens of possible houses, shops, and other locations that could be recreated from LEGO bricks.

Everyone’s favourite crime-fighting kids have been recreated in brick-built form, but nowhere near to the degree we would love to see. The Scooby-Doo theme had just one wave of releases back in 2015 and is therefore pretty limited.

The only large set is 75904 Mystery Mansion with 860 pieces, and no other set pushes 500 pieces. With the level of detail we now have in 10279 Volkswagen T2 Camper Van, a similarly in-depth version of the Mystery Machine would have been fantastic, rather than the much smaller one we see in 75902 The Mystery Machine.

All four of the Indiana Jones movies to date have their own subtheme, making for pretty comprehensive coverage of the films’ action. There was also a LEGO Indiana Jones video game, so the LEGO Group did manage to get quite a lot done considering the theme only ran between 2008 and 2009.

But with a fifth movie pencilled in for a 2022 release, perhaps we can expect to see a revival of the theme – including updates to some of its classic quadrilogy sets (we’d love another opportunity to grab something like 7199 The Temple of Doom), along with brand new material for scenes and characters not previously covered by the original theme.