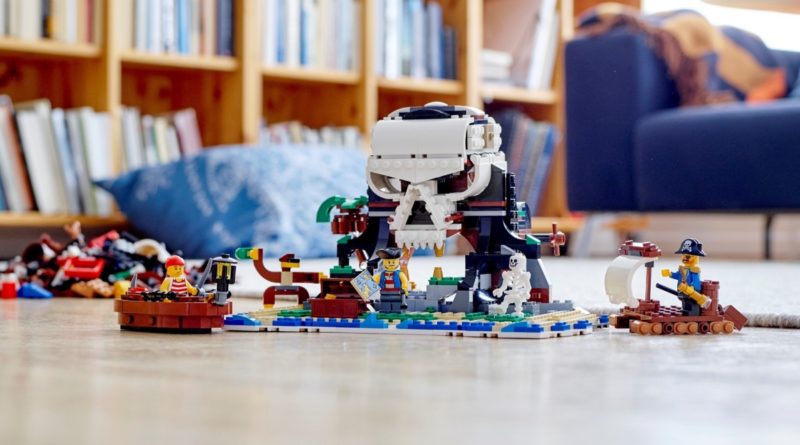 Online retailer IWOOT is currently holding a huge sale across LEGO sets new and old, so here’s our top six picks for the best bargains.

From CITY and Star Wars to Creator 3-in-1 and NINJAGO, iwantoneofthose.com (better known as IWOOT) has some seriously substantial discounts available on plenty of LEGO sets in all shapes and sizes – with several enjoying a further 20% discount using code LEGO20.

If you’re scratching your head over what to buy to make the most of the sale, dive into our top picks – including their prices post-discount – below.

It only launched in June, but already the biggest set of the NINJAGO Seabound line-up can be had for a very tempting price through IWOOT. Normally retailing for £119.99 in the UK, 71756 Hydro Bounty – a snazzy submarine take on the theme’s main mode of transport – includes the full line-up of colourful ninja, and comes down to just £85.59 using code LEGO20 at checkout.

The extra 20% discount isn’t currently available on 76389 Hogwarts Chamber of Secrets, but no bother: the biggest standard retail LEGO Harry Potter 20th anniversary set (so, discounting 76391 Hogwarts Icons Collectors’ Edition) is already discounted enough to make it worth grabbing, especially given it’s also a relatively newer set. Check out our review here, then head over to IWOOT to pick it up, where it’s down from £129.99 to £107.99.

If 10261 Roller Coaster is slightly beyond your budget, this colourful LEGO Friends alternative is absolutely worth a look-in – particularly at its current price on IWOOT. Using code LEGO20 brings the already-discounted set down to just £55.19, a fraction of its £79.99 retail price. As well as the eponymous ride, 41685 Magical Funfair Roller Coaster includes a big top with a magic show, a pendulum ride and plenty of funfair-themed accessories.

An even more recent release given it only arrived on shelves in August, the as-yet-one-and-only tie-in set for Star Wars: The Bad Batch is currently discounted by £15 at IWOOT. It’s not eligible for the extra 20% off code at this stage, but if you’re after an early discount on a set with a very attractive minifigure line-up – plus some other good things, too – make a beeline for 75314 The Bad Batch Attack Shuttle.

So new that it’s only been available to buy for three weeks, 60295 Stunt Show Arena is the biggest set in the LEGO Group’s CITY Stuntz line-up. And thanks to IWOOT’s LEGO Week sale, you can already snap it up with an almost 30% discount, bringing the regular retail price of £89.99 down to just £65.59 using the LEGO20 code at checkout. Not bad for a set that’s as new as they get.

This Creator set may not be the newest in the LEGO Group’s range of 3-in-1 builds, but it’s very much up there with the best – and for fans of classic LEGO Pirates, 31109 Pirate Ship is a must-have not just once, but three times over. That’s an expensive proposition at full retail price, but IWOOT’s sale brings the trio of excellent designs down to just £62.39 – a treasure very much worth sailing the seven seas (or using the LEGO20 discount code) to claim, yarr.

IWOOT offers free shipping on all orders above £30, which any one of these sets will qualify for. Click here to check out all the LEGO Week savings, including price drops, extra discounts and multibuy offers.