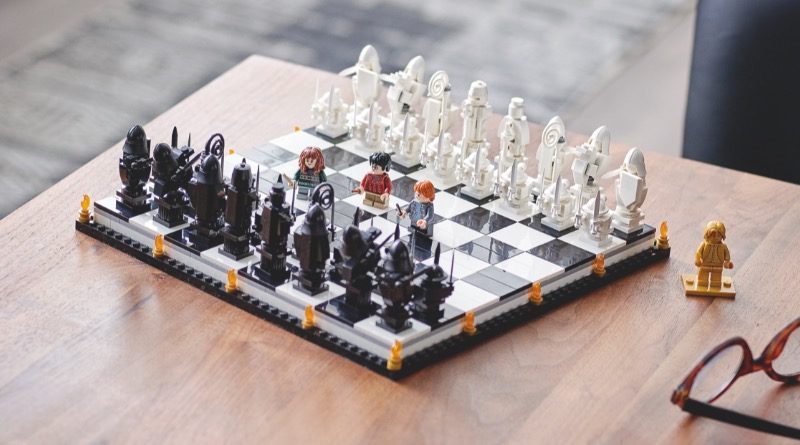 Find out whether the rumours that the set is slightly smaller than expected are true in LEGO YouTuber AustrianBrickFan‘s speed build video. He offers you a detailed look at all three minifigures, as well as the 32 chess pieces and the board itself, of course. All in all, 76392 Hogwarts Wizard’s Chess is made up of 876 bricks.

“I like chess, I play chess, so I’m really excited to build this,” says the YouTuber.

76392 Hogwarts Wizard’s Chess is based on the memorable scene from Harry Potter and the Philosopher’s Stone, where Ron proves himself to be just as brave as Harry for the very first time, sacrificing himself during a game of life-sized wizard’s chess. With all of the chess pieces and the three minifigures, dressed as they were in the films, you can recreate the same scene, or play a perfectly normal game of chess yourself.

The set was released as part of the LEGO Group’s celebratory range of 20 years of Harry Potter movies. You can find all of the other builds included in that range here, available to buy since June 1. 76392 Hogwarts Wizard’s Chess is currently on sale in official stores, from LEGO.com, and selected retailers for £64.99.