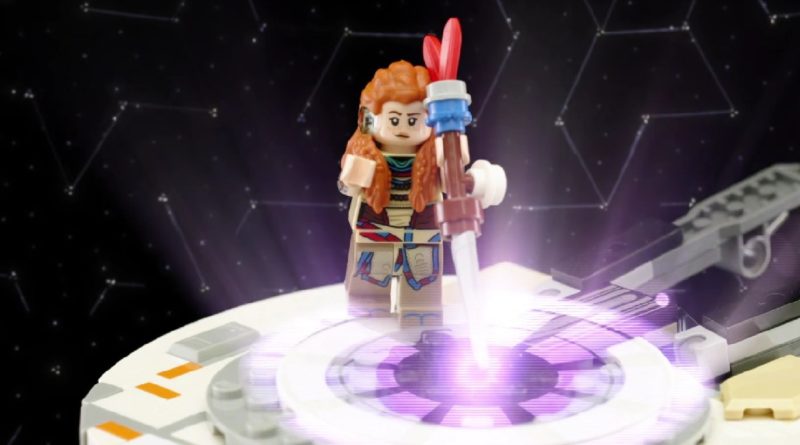 The first LEGO Horizon Forbidden West set is launching later this year with an Aloy minifigure, with official images offering a closer look.

Coming on May 1, 2022, is 76989 Horizon Forbidden West: Tallneck. The new model based on the upcoming PlayStation game of the same name is the first based on the Horizon franchise and comes with the debut minifigure for the title’s protagonist, Aloy.

For those who are unfamiliar with the Horizon games, Aloy is an outcast-turned-hero of the Nora tribe and uses the remnants of ancient (or future to us) technology to craft spears, bows, armour, arrows and everything else she needs to survive in a post-apocalyptic world.

The minifigure accurately depicts the character using a new hairpiece and official images of 76989 Horizon Forbidden West: Tallneck showcase the detailed printing of LEGO Aloy. The new hair element uses a mix of colours to include the focus, a device placed on Aloy’s ear that allows her to see parts of the world that would otherwise be invisible to those without the ancient technology.

As for her accessories, a small build for her staff is included with the override module that allows her to control machines. The bow is represented using the usual element in white. The details continue on the arms with printing for armour.