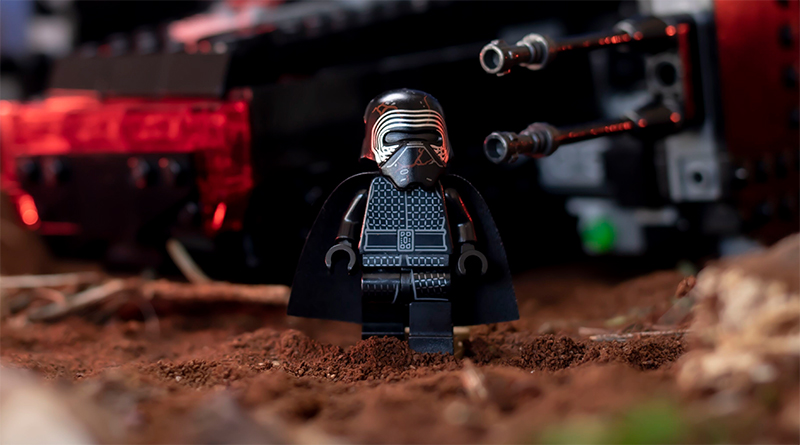 How did the LEGO Star Wars design team tackle the new concepts from The Force Awakens, The Last Jedi and The Rise of Skywalker?

Today, Star Wars: The Rise of Skywalker arrives in cinemas. Jen Kronvold Frederiksen has spent the last 20 years working on LEGO Star Wars. While he currently serves as the theme’s Creative Director, he has worked on the first ever licensed product range since its inception. Ahead of the release of Star Wars: The Force Awakens in 2015, Jens was made aware that the Force was returning to the silver screen.

While he has spoken about the LEGO Star Wars design process over the years, how he and the team adapts the on-screen vehicles and locations to become the models that fans will love to build, Brick Fanatics Magazine has brought Jens, and Design Manager Michael Lee Stockwell, together with Star Wars Concept Designer Jake Lunt Davies to discuss their creative process.

Jake has worked on all of the modern Star Wars films released since the Disney takeover, as part of the Creature Department designing concepts for the various aliens, droids and characters that have appeared throughout the five films. As well as working on the items within his department’s remit, Jake was responsible for coming up with icons such as Rey’s Speeder and BB-8.

Bringing these unique talents together provides a unique opportunity for a conversation that covers the unique aspects that make Star Wars designs special, how a toy differs from a movie prop and what the Disney era has added to the visual language of the galaxy far, far away.

To read the full conversation between these talented designers, order a copy of Brick Fanatics Magazine Issue 12. All of the back issues of the magazine are available to order, with each one offering a deep dive that is certain to enrich a LEGO fan’s experience.