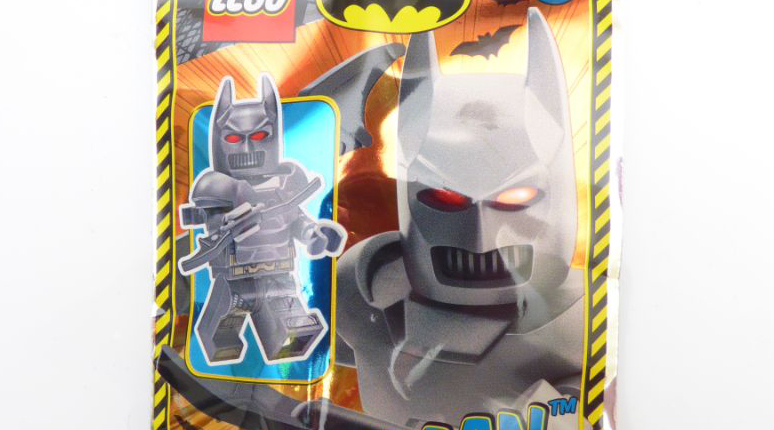 LEGO Batman magazine Issue 6 is available now in UK stores, with the title coming with the Armoured Batman minifigure.

Issue 6 of LEGO Batman magazine comes with a foil bagged Armoured Batman minifigure, with Batarang accessories. This version of Batman has a slightly robotic vibe and is also available in 76110 Batman: The Attack of the Talons.

A bonus minifigure from a previous issue of the title is also included – this sample came with a regular Batman, but this is likely to vary. Inside the magazine there are puzzles, comics, posters and the build instructions. This edition of the magazine is priced at £4.99.

The comic book story in this issue sees Batman constructing his armoured suit to help him match up to the rest of Justice League, after realising he does not have the same level of power as they do. A pull-out poster features Batman and some of his enemies.

A Mr. Freeze minifigure will come with the next issue of LEGO Batman magazine, Issue 7, which will be on sale on March 11.