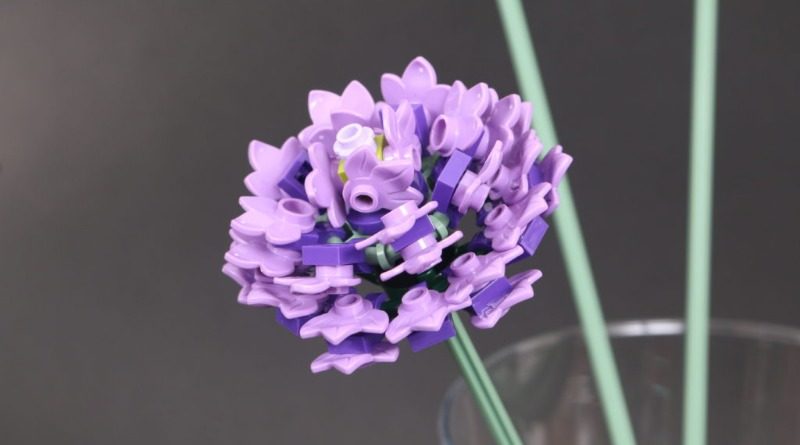 The designer of LEGO 10280 Flower Bouquet has revealed how the team were given special permission to recolour a Technic element specifically for that model.

If you’ve already put together one of the two sets in the newly-launched Botanical Collection, you’ll know that it contains a few Technic parts in a colour they’ve never been produced in before – but that were born entirely out of necessity.

Technic axles and pins are generally colour-locked based on their size and style, which is why you’ll often see garish blue pins sticking obtrusively out of sets like 42115 Lamborghini Sián FKP 37 or 42125 Ferrari 488 GTE AF CORSE #51.

When it came to designing 10280 Flower Bouquet’s stalks, however, the design team found themselves at a crossroads – and the only solution was to tear up the Technic rulebook, as lead designer Anderson Grubb explained during a recent roundtable session with select LEGO Fan Media, including Brick Fanatics.

“We didn’t have too many options for how to build long stable stems,” Anderson said. “So, the thicker stems came out to be those Technic connectors, which was also a great solution for how we can offer people some adjustability and then have stable, long elements. The 32-module Technic axle just became the go-to part. That’s the solution that you now have in your hands.”

Axles 32 studs in length are nothing new in Technic. But while they’ve appeared in a handful of sets in yellow and white, they’re usually locked to black in order to simplify the building process. They’ve certainly never been produced in sand green before – which is why Anderson and his team needed special permission to go off-piste for 10280 Flower Bouquet.

“There are always restrictions on sets and how many recolours we can do,” the designer explained. “In this case, particularly with Technic axles, the colour coding of them is quite important to make sure that when you’re building a Technic set or anything that uses them, you get the correct one and you find it quite easily.

“We got a special exemption just for this 32-module axle because we don’t have anything close to it in length [in the set], so it was unlikely you were going to confuse that sand green 32-module axle for anything else. But shorter Technic pieces and other things like that do have to go under more scrutiny.”

For more on 10280 Flower Bouquet, read how the LEGO Group determined which flowers to include, the biggest design challenges Anderson faced in putting the model together, and why the set’s roses aren’t red.