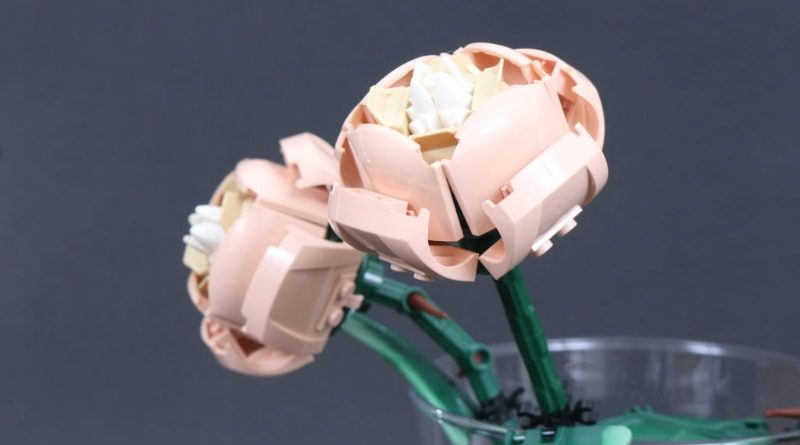 The designer behind LEGO Botanical Collection 10280 Flower Bouquet has revealed why the included roses aren’t a more traditional red.

Roses can be grown in dozens of shades across almost the entire colour spectrum, but the most common variety are those that sell in abundance every February. However, it was exactly that reason that Anderson Grubb, lead designer of 10280 Flower Bouquet, opted for a more obscure light nougat.

“It was quite obvious from the outset that red roses for a lot of people are going to mean Valentine’s Day,” Anderson explained during a recent roundtable interview with select Fan Media, including Brick Fanatics. “In fact, if we put red roses into the bouquet, it would become too specific for something that we want people to have out for a long, long time.”

If you do want red roses in your bouquet, though – particularly with Valentine’s Day almost upon us – all is not lost. 40460 Roses builds two individual flowers, and is designed as an accompaniment to 10280 Flower Bouquet, allowing you to customise your own arrangement as you see fit. But you’ll also notice that the roses in both of those sets aren’t exactly equal.

“Their roses and ours come down to preferences among the designers of what is the best way to make a LEGO rose,” Anderson said. “It’s fun to see some of the choices they made, in variance to ours, but they all look great together.”

It’s not the only smaller LEGO flower set that arrived in January to pad out the Botanical Collection. 40461 Tulips brings another plant into the mix – and one that, according to Anderson, also sits far better as its own product, again owing predominantly to its seasonal nature.

“Tulips are associated with springtime,” he elaborated. “We talked a lot about that. It seemed a better fit for them to take some of those flowers that evoke specific occasions. For the bouquet we wanted something that would feel like you could have [it] out for a very long time.”

The driving force behind 10280 Flower Bouquet’s selection of flowers was pretty clearly the ability to sell it year-round, then – but it wasn’t the only decision that factored into the set’s arrangement. For more, check out how the LEGO Group determined which flowers to include, and the biggest design challenges Anderson faced in putting the set together.