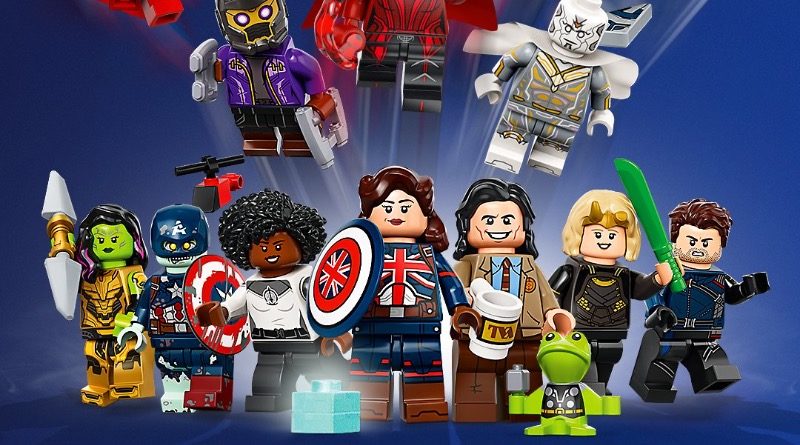 If you’ve already got your hands on 75309 Republic Gunship, you’ve probably bemoaned the lack of arm printing on the included Clone Trooper Commander minifigure. That’s not an issue unique to the yellow-tinted trooper, though: it also extends to essentially every LEGO Star Wars Clone Trooper.

Alas, it’s not an issue the LEGO Star Wars team expects to do much about in the immediate future. Creative Lead Jens Kronvold Frederiksen and designer Hans Burkhard Schlömer revealed during a recent roundtable interview that we’ll basically never see arm printing on every minifigure. But one character in 71031 Marvel Studios may have offered a solution – at least for one Clone Wars battalion.

Redditor Angalotro pointed out over on r/legostarwars that Monica Rambeau’s printed arms could be reappropriated for a 104th Battalion trooper. Better known as ‘Wolfpack’, the 104th was under the command of Jedi General Plo Koon and Clone Commander CC-3636, nicknamed Wolffe, and wore armour decorated with grey markings.

That seems like a pretty good fit to us: Monica’s arms are white, matching the base colour of the 104th’s armour, with grey printing that resembles the soldiers’ shoulder pauldrons. You’d just need to swap out the hands for a colour that better resembled their gloves (dark grey or black would do the trick), and you’re good to go.

You’ll be able to test it out for yourself when 71031 Marvel Studios launches on September 1. Given 2021’s Collectible Minifigures series are distributed in boxes of 36, with (usually) three complete series of characters per box, WandaVision’s Monica Rambeau should be relatively easy to come by.

The tricky bit will be assembling the rest of the minifigure: the LEGO Group’s only other grey-tinted 104th Battalion troopers came in 2014’s 75045 Republic AV-7 Anti-Vehicle Cannon, and now command a hefty asking price on the aftermarket. The cheapest new example on BrickLink at the moment rings in at £27 / $38, plus shipping from South Korea.

Whether you stump up the cost on the secondary market or already own a Wolfpack trooper, swapping out its block-colour arms for Monica’s looks like a solid improvement. All we’ll need then are the matching colourways for the rest of the Republic’s rainbow of Clone Trooper battalions.