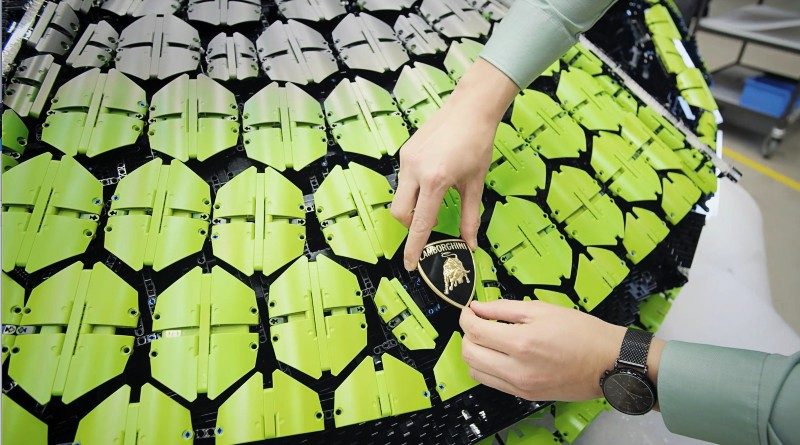 A sheet of facts and figures for the new LEGO Lamborghini has revealed that the build uses relatively few types of pieces, but many were made specifically for the model.

Much like how the real Lamborghini Sian uses new hybrid technology, the life-size brick-built version uses some LEGO bricks made exclusively for the build. This fact comes from a sheet of figures and other secret knowledge provided by the LEGO Group.

You can see the full sheet for yourself below and scour the reveal and behind the scenes footage to see if you can spot the custom bricks. The provided facts include the details on how the development time of 8,660 hours was split between development and production, with one taking considerably longer than the other.

Looking at the provided footage, we’d guess that at least one of the custom pieces is the Lamborghini badge and another is used to build the hexagonal lights.

We’re not sure if we’ll ever see any of these custom pieces make their way to widely-released LEGO sets but there’s plenty of other exciting parts on their way, with one teased in the first official book for older fans.

The new build will almost certainly be making its way around the world in the years ahead, but if you can’t wait to get your own LEGO Lamborghini then  42115 Lamborghini Sián FKP 37 is available now.