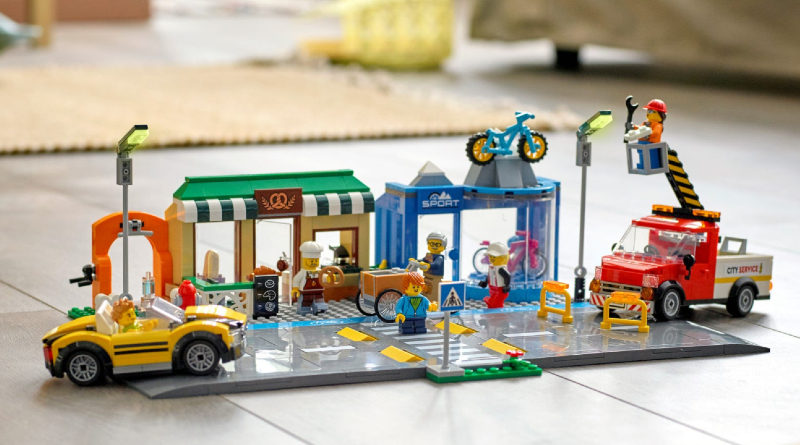 The new LEGO CITY road plates may have only just landed on shelves, but they’ve actually been in development since 2010.

This year’s CITY sets – including 60292 Town Center (review), 60304 Road Plates (review) and 60306 Shopping Street – have all introduced a brand new system of brick-built roads, replacing the classic vacuum-formed baseplates that have been in use for generations.

While that might seem like a sudden and drastic change to us as consumers, it’s one that’s been on the table for a very long time within the LEGO Group. Speaking to New Elementary, the CITY and Element Design teams revealed that their origins can actually be traced back a full decade.

“The idea has been hovering around the project for a number of years,” they explained in a joint statement. “The first time this system of elements was pitched as a concept was more than 10 years ago.”

That may seem like an awfully long time to go from concept to reality – longer, even, than 10283 NASA Space Shuttle Discovery – but overhauling decades of LEGO history is no mean feat. And given a perfectly good system was already in place, there wasn’t a tonne of urgency around getting the new plates out.

“There are always many requests for new elements or element changes, but we need to prioritise what to do,” the design teams elaborated. “We had the vacuum plates, and those did the job for many years, so it was never a concept-critical element. And due to the long history of these plates, we needed to make this the best possible change and introduce a more versatile system.”

That versatility is already apparent in this summer’s LEGO CITY sets, which recolour the new elements in blue and tan to represent water and sand. For now, you can check out their primary use through January’s LEGO CITY sets, including 60304 Road Plates, which is available now at LEGO.com.