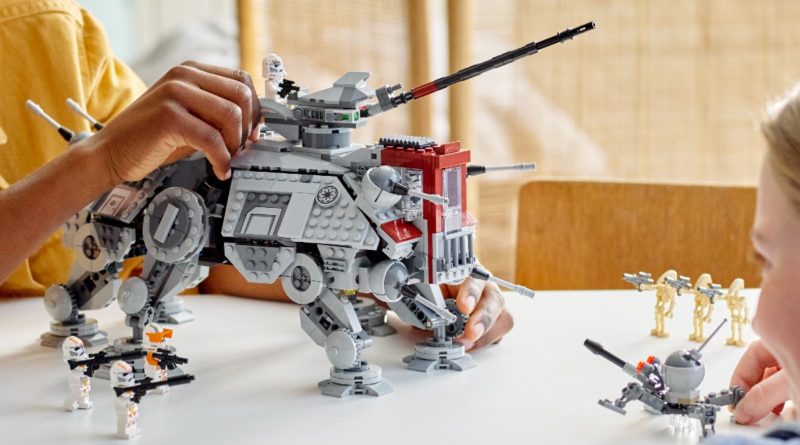 A pair of major LEGO Star Wars releases have been announced at LEGO CON, with some beloved characters receiving new minifigure versions.

First up is 75337 AT-TE Walker, a LEGO set inspired by the prequel era of Star Wars. These hulking six-legged tanks are a hallmark of the Clone Wars, appearing across multiple movies and TV shows. They’ve also been absent from the LEGO Star Wars theme for a while, so the return of one here is very welcome.

Five 212th Legion clone troopers are included, with fan favourite character Commander Cody amongst them. A trio of battle droids and a dwarf spider droid provide some opposition, although we suspect they’ll be a little outmatched.

The second new Star Wars set is 75323 The Justifier, which is piloted by bounty hunter Cad Bane. This set appears to take inspiration from an upcoming season of The Bad Batch, as Omega and Hunter – two characters from that show – can be found in it. Cad Bane himself is also included, as is the droid Todo 360 and fellow scoundrel Fennec Shand.

Each of these sets includes some interior space, allowing you to store minifigures and accessories. Sections of each set can also be removed or adjusted, to gain access or mimic their onscreen functionality. 75337 AT-TE appears to include a carry handle for easier transportation – a common feature amongst LEGO Star Wars sets of this size.