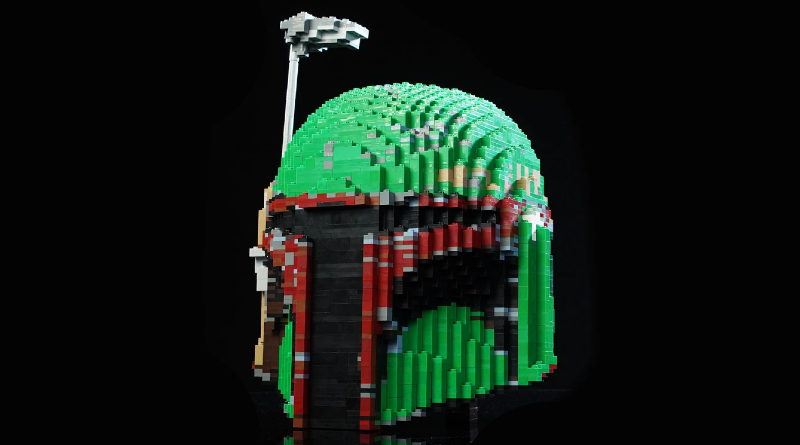 If LEGO Star Wars 75277 Boba Fett Helmet simply isn’t big enough, one YouTuber might have just the solution, as long as price is no issue.

Solid Brix Studios has showcased a life-size LEGO Boba Fett Helmet in a new YouTube Video. The helmet is a fair amount bigger than the LEGO Group’s official set, and must be just as heavy, if not heavier than the real deal.

It should be stated that Solid Brix Studios is not the original creator of this build, but in fact acquired it from Bricker Builds, a group of fans who sell instructions for their creations online and occasionally, full model kits. This particular helmet is an example of one of these kits and will set fans back $350 or $115 for a version half the size.

Solid Brix Studios dedicated a video to showcase the 3,788-piece version of the build but did provide a comparison with 75277 Boba Fett Helmet, which clocks in at 625 pieces for £54.99 / $59.99 / €59.99. The helmet comes complete with the antennae, a static part of the model. Otherwise, the shape of the iconic Mandalorian’s helmet is excellently captured but admittedly expensive.

LEGO fans wanting their own bounty helmet helmet on a budget might be better equipped with the LEGO Group’s official set, but it has to be said that this is an impressive creation nonetheless.