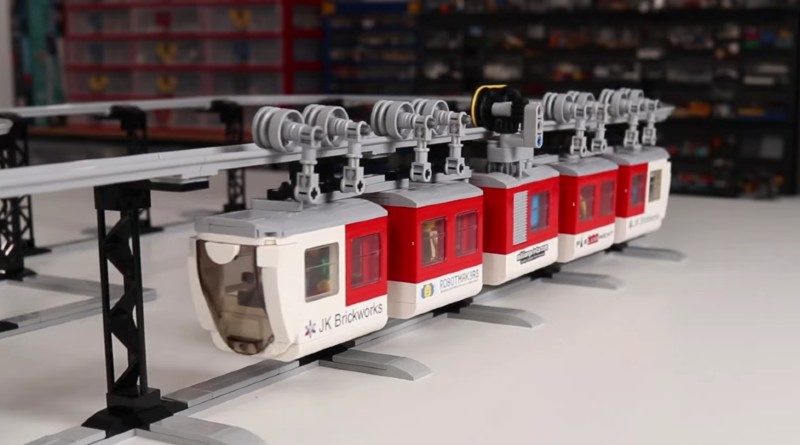 LEGO fans can get one step closer to a modern LEGO monorail with this suspended train build, using the rollercoaster track pieces.

While you wait for the LEGO Group to release a new version of the classic monorail system, JK Brickworks is back with his own twist on the fan favourite mode of transportation, using the new rollercoaster track pieces.

The build was showcased in a video uploaded to YouTube, including step by step instructions for fans to make or modify the build to their hearts desire. Instead of running above the track, this model runs underneath the track, suspended by a set of wheels connected to the main model via Technic pieces.

The train measures only six studs wide, meaning it should be fairly easy to integrate into a city display, provided that budding builders have plenty of roller coaster track to spare, otherwise a handful of the elements can be acquired in 60228 Deep Space Rocket and Launch Control.

Interestingly, the entire build can even be motorised despite its small size. The middle carriage of the train uses a variety of LEGO pieces as well as an elastic band and a third party motor and Bluetooth controller. However, fans wishing for a more manual system of travel can easily remove this carriage to push it along the track themselves.

JK Brickworks is no stranger to kinetic LEGO builds, having even won a LEGO Ideas contest for his candy cane catapult and two LEGO Ideas sets to his name with 21315 Pop-Up Book and 21305 Maze.