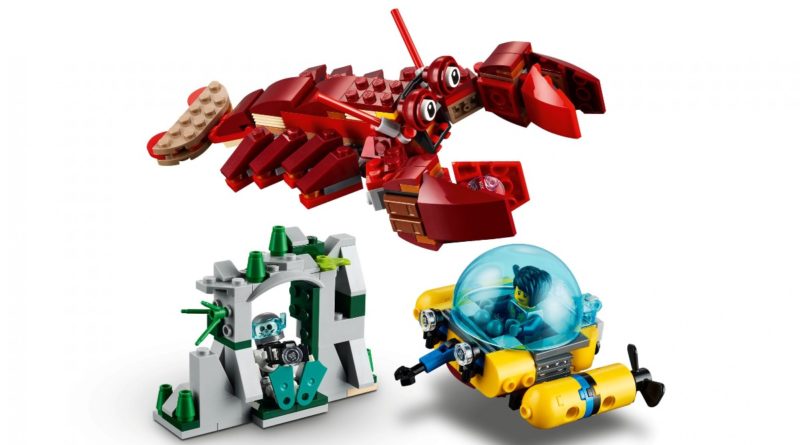 A trio of LEGO Creator sets have been revealed and at least two are launching this summer. From Vikings to submarines, there’s a lot to look at.

Coming from the Instructions app, 31130 Sunken Treasure Mission includes a brick-built octopus and a submarine with a minifigure. The other two were spotted on JB Spielwaren, though 31132 Viking Ship and the Midgard Serpent was already revealed on the Instructions app.

These are the three upcoming LEGO Creator 3-in-1 sets, with any information available from listings:

It seems likely that they would launch together, but only 31131 Noodle Shop has a clear release date at the time of writing. Provided the trio is out later this month, a full reveal seems probable for the coming weeks.

Whether you’re hoping to expand an existing street display or want a trip down memory lane to the days of LEGO Vikings, Creator is catering to a wide range of interests once again and of course, each set can be rebuilt into two other models.