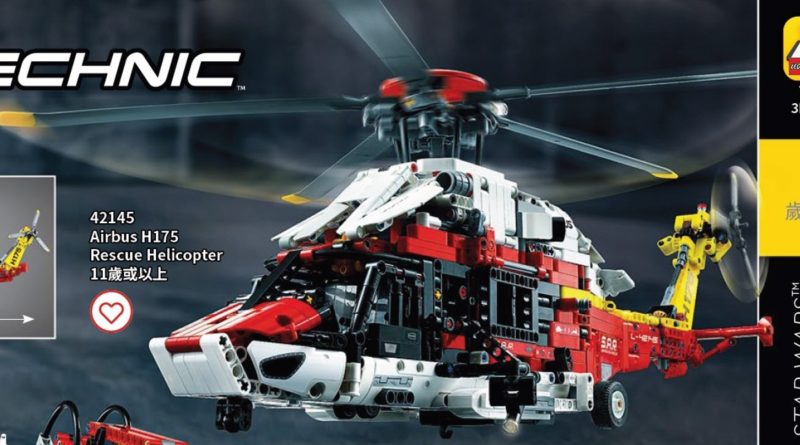 Two LEGO Technic summer 2022 sets, including the first in partnership with Airbus, have been revealed in a new catalogue.

LEGO Taiwan has revealed their summer 2022 catalogue, which includes the first pictures for a pair of rumoured LEGO Technic models. Both 42144 Waste Handler and 42145 Airbus H175 Rescue Helicopter. The name for the former set has been translated, and details may have been lost in translation so take it with caution for now.

Earlier reports indicated that 42145 Airbus H175 Rescue Helicopter would include 2,001 elements for €199.99. However, that information has not been included in the catalogue, so it should still be treated as a rumour until officially confirmed.

42144 Waste Handler was rumoured to feature 835 pieces for €99.99 and uses pneumatic pumps and tubes to move the brick-built machinery. 42145 Airbus H175 Rescue Helicopter features a motor icon next to the Airbus logo, indicating that it uses motorised elements, possible to move the propellers or another function within the set.

The red and yellow splash text roughly translates to suggest an August release, though it’s possible that these details are inaccurate after being translated too.