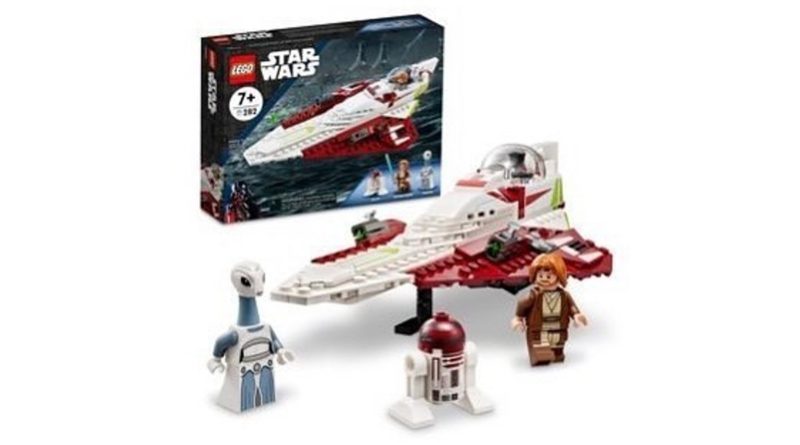 Images for two new LEGO Star Wars sets, both featuring Obi-Wan Kenobi, have been revealed on the Walmart app after being previously rumoured.

As reported by TheBrickWiz, the Walmart app’s barcode-scanning function has revealed a pair of LEGO Star Wars models. One is directly based on Obi-Wan Kenobi and the other only includes the Jedi Knight but is inspired by the prequels.

Looking at previous rumours for LEGO Star Wars, it would appear that the two sets are 75333 Obi-Wan’s Starfighter and 75336 Inquisitor Transport Scythe, with the names taken from the barcodes found on the app. We’ve already seen the latter ship in the trailer for Star Wars: Obi-Wan Kenobi and the minifigure selection includes the Grand Inquisitor, the Fifth Brother, Reva and Obi-Wan Kenobi in a blue outfit.

However, one of the more notable reveals in these images may be the Kaminoan minifigure which uses a new head element for the elongated neck that the species is known for.

It could be that both builds are planned for an official reveal at either the first of the Obi-Wan Wednesdays merchandise reveals taking place tomorrow May 25, 2022, or at Star Wars Celebration on May 27. Nothing has been officially confirmed by the LEGO Group, so take any rumours with a pinch of salt for the time being.