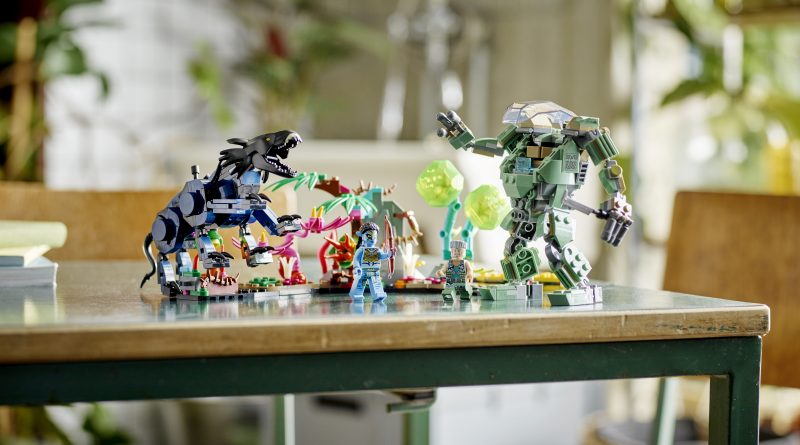 With the LEGO Group announcing a total of five sets based around the first Avatar film from 2009, will this new theme be a hit or a miss?

As in life, there are no guarantees when it comes to launching new LEGO products. For every successful LEGO Star Wars or Marvel theme, there’s a Prince of Persia or a Lone Ranger. So, by announcing a total of five sets based on the first Avatar film, which launched way back in 2009, the LEGO Group may be taking a bit of a gamble.

That’s not to say there isn’t a potential target audience out there for a LEGO Avatar theme and a combination of possibly innovative sets and a promotional push from the upcoming sequel, Avatar: The Way of Water, could just do the trick.

In our latest YouTube and TikTok shorts, we take a quick look at all of the LEGO Avatar sets, including four just announced at San Diego Comic-Con 2022, and ponder whether five models based on a 13 year-old film is a big swing for the LEGO Group.

Whilst we’ve yet to be convinced there will be a massive resurgence in the popularity of James Cameron’s sci-fi epic, we should at least be getting some interesting new LEGO products in the coming months.

75571 Neytiri & Thanator vs. AMP Suit Quaritch, 75572 Jake & Neytiri’s First Banshee Flight, 75573 Floating Mountains: Site 26 & RDA Samson, 75574 Toruk Makto & Tree of Souls and 40554 Jake Sully & his Avatar launch on October 1 from LEGO.com and in LEGO Stores. 40554 Jake Sully & his Avatar will be sold exclusively through official channels, with the rest of the range available from third-party retailers.