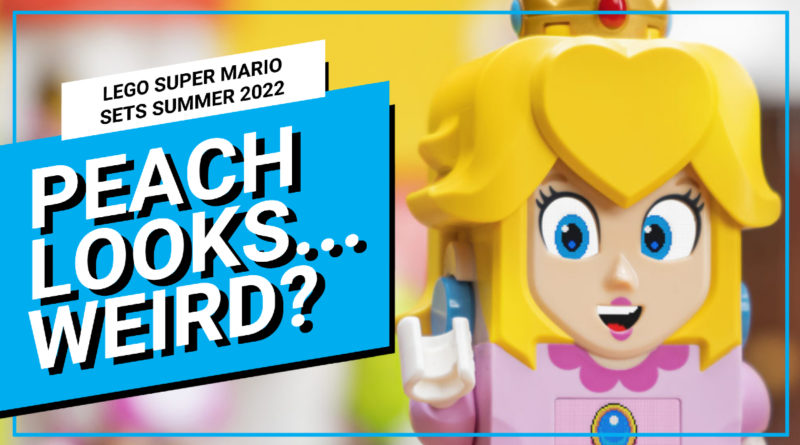 Princess Peach makes her debut in LEGO Super Mario later this year in a new range of sets, but her figure looks a bit strange.

Seven new LEGO Super Mario sets have been revealed, including a third starter course with the first Princess Peach figure. Our new video details everything you can expect from the oddly angular brick-built interpretation of the character – but that’s the be expected considering the functionality contained within.

You can watch our video below to find out why LEGO Princess Peach looks this way, and see what model she will be included in later in 2022:

For those who might be unfamiliar with why LEGO Super Mario figures are square-shaped, Mario, Luigi and Peach feature electronics inside that allow them to interact with the app and sets via Bluetooth and scanning technology. This means that Peach comes off as weird partially thanks to the smaller face, not that it’s a bad interpretation of the character considering the designs of LEGO Super Mario.

For a host of LEGO reviews and videos containing an AT-AT filled with minifigures that ignores all Star Wars safety standards, you can find more on the Brick Fanatics YouTube channel.

We’ve also got images of all seven LEGO Super Mario 2022 sets launching in August to browse through in our initial report, and starting today, March 10, Mario Day offers are live on the official online store.