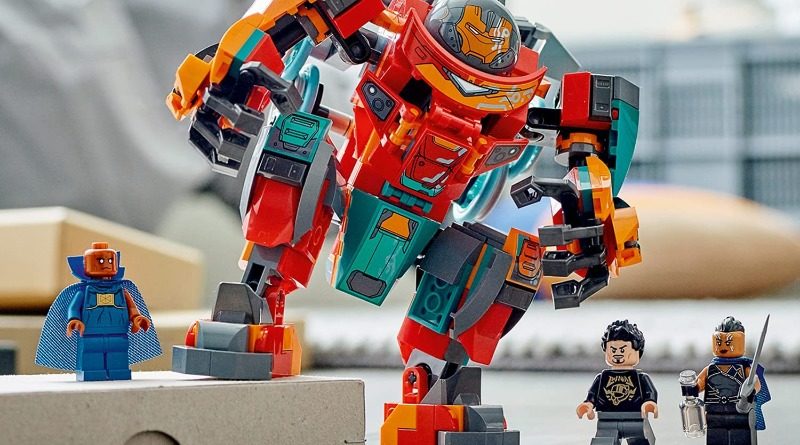 Amazon France has revealed the first images of LEGO Marvel 76194 Tony Stark’s Sakaarian Iron Man, based on Marvel’s upcoming animated series, What If…?

Coming in August this year, the new series will take key moments from the MCU and turn them on their head, creating alternate timelines where things don’t go as we saw them in the main movies. One of these moments will apparently take Iron Man from his penthouse apartment and luxury cabin to the planet of Sakaar, as seen in this set.

76194 Tony Stark’s Sakaarian Iron Man mech looks similar to 76164 Iron Man Hulkbuster versus A.I.M. Agent, but with different colours on the plates to give more of a Sakaar-feel. The movable figure can also be converted into a race car, which Tony can drive.

In addition, the set includes minifigures of Tony Stark, who can slot inside the Iron Man suit, Uatu (The Watcher), narrator of the series, and Asgardian warrior Valkyrie.

On the planet of Sakaar, home to the Grandmaster as seen in Thor Ragnarok, the action centres around gladiator-style battles between prisoners for the entertainment of the elite. In the MCU timeline, Thor, Loki, and the Hulk meet up on the planet before escaping to try and save Asgard from Hela. In What If…?, it seems Tony’s Iron Man has made it to the trash planet instead.

The set is made up of 390 pieces. While we don’t have a confirmed release date yet, we think it’s likely to be available from August 1. The listing from Amazon France lists the price as €43.75, but it’s not clear whether this will be the official price from the LEGO Group. We’ll of course keep you updated as more details come out. 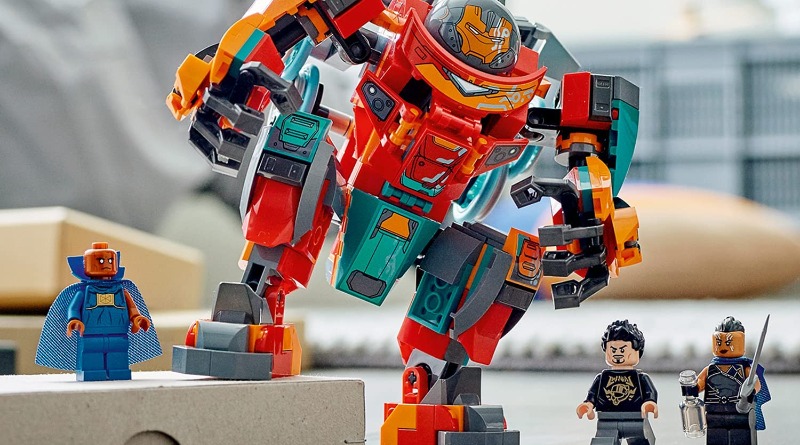