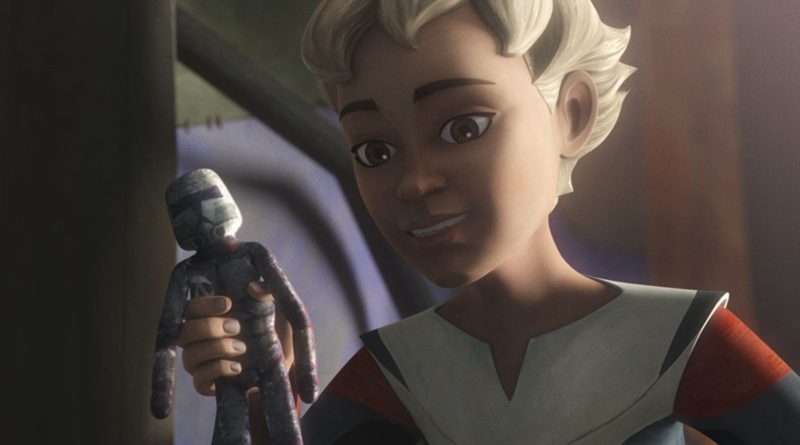 Star Wars: The Bad Batch season 1 has now finished, and the only official LEGO set has been released. But with one key character missing, we wonder if or when another minifigure might appear.

LEGO Star Wars 75314 The Bad Batch Attack Shuttle has launched on the official online store to coincide with the first instalment of the titular animated series. Every member of the original crew is represented as a minifigure, even their defective GNK droid. But those who have watched the story so far will know that one other character has just as large a role in the show.

Omega is a clone just like every member of the bad batch and forms an integral part of the team and the overall narrative in season 1. However, she remains missing from 75314 The Bad Batch Attack Shuttle, which may have been to avoid spoilers of the character as any appearance of her in concept art (the source material that LEGO designers are likely to have seen for recreating the Havoc Marauder) may have ruined the surprise of her debut.

From this point we will be covering spoilers for the final episode of The Bad Batch, so click away now if you’ve yet to see it on Disney+. As revealed in the finale, Omega was not the only addition to the team as it looked like Crosshair would rejoin the crew for the confirmed second season. However, that turned out to not be the case as The Bad Batch instead gained their second droid ally.

After running out of power during the escape from the destroyed Kamino cloning facility, ‘AZ’, as the medical droid was nicknamed by Omega, was saved and brought on board the ship as they took off for new adventures.

With the LEGO set now technically missing two members of the crew, the LEGO designers might have more of a reason to make another set for the show’s future season and include both characters. Nothing has been confirmed for the future of LEGO Star Wars: The Bad Batch but we’ve got a list of models we’d love to see for the theme.