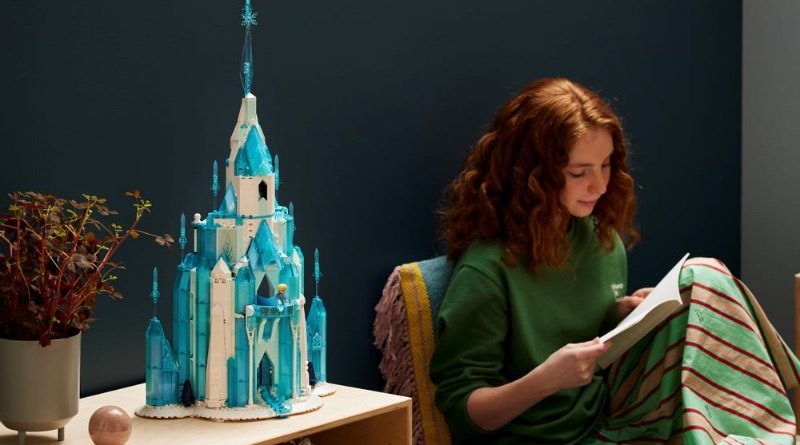 The LEGO Group’s list of big brick-built Disney castles has doubled this year with 43197 The Ice Castle but which other iconic fortresses need their own massive set?

The release of 43197 The Ice Castle may be indicating that the LEGO Designers can look beyond the theme parks for the enormous Disney sets and with so much source material to choose from, we wonder where might the partnership head next.

When compared, the five-year-old 71040 The Disney Castle and 43197 The Ice Castle are surprisingly similar despite the price difference, so to explore that topic we’ve got a few animated and magical destinations of various sizes that we think are worthy of future LEGO models.

From the theme parks

The most obvious choice for another LEGO Disney stronghold based on the worldwide theme parks is likely the original Sleeping Beauty’s Castle in Disneyland, Anaheim. The iconic blue and pink colour scheme of this castle would help to set itself apart from 71040 Disney Castle with its comparably similar outer walls.

It might even come at a lower price point considering the size difference between this and the castle at Walt Disney World. What’s more, it would pair well with 71044 Disney Train and Station, which is based on the original train station from the theme park. We can imagine the titular princess being included in the model, likely alongside another exclusive version of Mickey Mouse.

Trekking to the other side of the world, another option for the next LEGO Disney fort could be the newer Enchanted Storybook Castle from the Shanghai Disney Resort, with a design not taken from any of the animated movies but one that blends elements from each of the Disney Princesses into one building.

It’s hard to imagine a set based on the Shanghai castle coming in any cheaper than 71040 Disney Castle, so perhaps iterations of all 12 Disney Princesses could be included, be they minifigures or mini-dolls. Alternatively, the LEGO Group may wish to continue exploring the cinematic side of Disney in future models.

In terms of the most likely massive LEGO Disney Castle for the Designers to tackle next, the popularity of 43197 The Ice Castle may determine whether or not Frozen’s other fortress could see its own huge model. Arendelle Castle is the home of Elsa and Anna and a prominent location for both of the films in the franchise. Considering the blockbuster that Frozen has become, another enormous LEGO set dedicated to it may be inevitable if the most recent set goes down well with builders.

The other animated Disney location we’d love to see get its own LEGO set could follow in the footsteps of the rumoured microscale castle, with a large build at a small scale tackling the kingdom of Corona from Tangled.

It’s not hard to imagine a variety of one stud pieces being used to line the LEGO streets, all leading up the grand palace at the tip of the hill, perhaps even with lantern-lit boats sailing on the surrounding waters. Just imagine Harry Potter 71043 Hogwarts Castle, but with just a touch of Disney.

While all the information in this piece was purely speculative, considering that 71040 The Disney Castle has been on shelves for five years, it seems likely that 43197 The Ice Castle isn’t the last massive Disney model we’ll be getting. While we wait to see what’s next, why not wonder what Disney theme park attractions would also make some good future models?