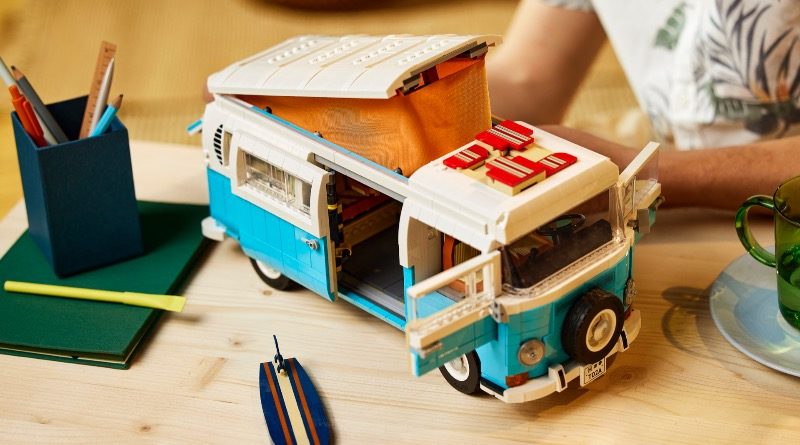 LEGO 10279 Volkswagen T2 Camper Van has been revealed to reference another classic vehicle model, but which Model Team set specifically does it refer to?

The designer video for 10279 Volkswagen T2 Camper Van has now been uploaded to the LEGO Group’s official YouTube channel as previously reported. Within the commentary, Sven Franic explained that the steering within the LEGO for Adults model, which is operated not by turning the interior wheel but by spinning the spare tyre placed on the front was a direct reference to a classic Model Team build.

Whilst not clarified in the video, the identity of the referred creation is likely to be 5550 Custom Rally Van, which shared a similar function but with a different placement.

The spare tyre in 5550 Custom Rally Van was located on the roof of the vehicle instead of hanging off of the front. However, it still operated a mechanism that made its way through the chassis to the front wheels. The similarities continue between the two sets in that they both depict different types of vans, strengthening the link that suggests that this is the Model Team set designer Sven was referring to.